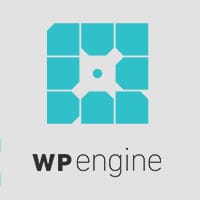 It has been a little while that Mi India has announced the coming of a new gadget. But the catch is that Mi has not made the name clear, rather has published 0.06 min video and asked the fans to guess.

The video shows some blinking and twinkling circular dots with a symbol of charging power at the center. So it appears that Xiaomi teases a wireless power bank or wireless charger. But these are all guesses and nothing has been officially announced.

Well, this news is for Indian Mi users and the Indian fans cannot keep calm. Some of them are guessing that it is none other than a wireless power bank. They are also expecting that it can be a wireless charger.

As these speculations are at its height. A few of them have also shown their concern whether this new gadget, if at all a wireless charger or power bank, will be supported by the Xiaomi device.

Anyway, the good news is that Indians are soon to witness something very new from Xiaomi and let’s find out whether it will be worth the waiting.