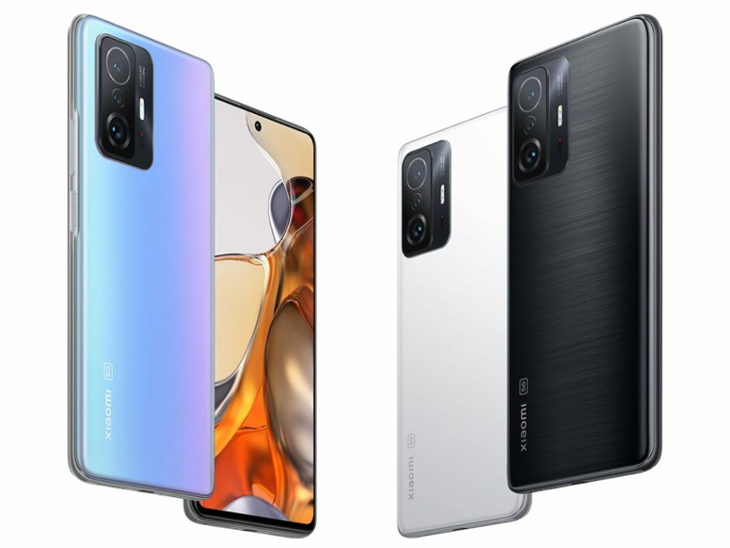 Chinese smartphone company Xiaomi has launched 2 smartphones of its 11T series 11T and 11T Pro. These phones will get a 108 megapixel pro grade triple rear camera. The company has named this series as Cinemagic. That is, you will be able to record videos like movie effects from this phone. A similar feature has been used by Apple in its iPhone 13 series. This series of Xiaomi will support 120W hyper charger.

100% charge in 17 minutes: 5000mAh battery is given in Xiaomi 11T Pro. This battery supports 120W Xiaomi Hyper Charger. The company claims that it will be 100% charged in just 17 minutes. The charger has also received TUV Safe Charge System certificate for safety. On the other hand, Xiaomi 11T will support only 67W charger. This will charge 100% battery in 36 minutes.

Cinemagic Camera: The camera that Xiaomi has given in this series has been named Cinemagic. Both models will get 108 + 8 + 5 megapixel triple rear camera. This phone will get a special cinematic feature, with the help of which you will be able to shoot movies that look like movies. The company has described its camera as better than iPhone and Samsung. It will get the complete Cinemagic Toolkit. Also, there will be excellent recording in night mode as well. According to the company, in this you will be able to make cinematic videos on one click. There will also be an option of audio zoom in this. That is, when you zoom on an object, then its sound will be recorded better.