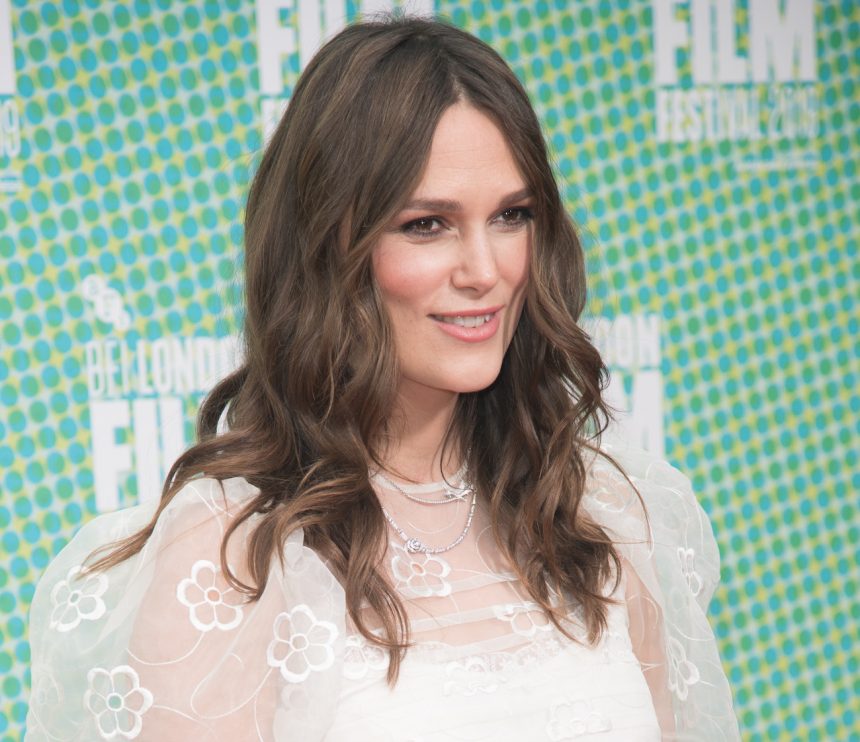 In a sit-down with the Financial Times, Keira Knightley described why you won’t be seeing her do nude scenes in film or television anymore.

The Pride & Prejudice star explained that when she was younger, she felt “completely comfortable” working in her birthday suit, but has opted out since becoming a mom. ICYMI, she has two daughters, 4-year-old Edie and 6-month-old Delilah, with her husband James Righton.

“I never really did anything that I didn’t feel comfortable doing. I’m really happy with my body. It’s done an amazing thing. But I also don’t want to stand there in front of a whole film crew.”

She explained the “amazing thing” her body has done— AKA give her two children:

“Birth is just the beginning of it. Birth, yes. And then, what happens afterwards? Then the sleep deprivation, and the sleep deprivation when your body is ripped to pieces and you’re still trying to heal. And you’ve got a small being that is entirely reliant on you. And we live in a society where you’re meant to pretend that you’re able to do that, and you’re fine, and you’re on top of it.”

“The nipples droop! … I have had a kid, I am in my thirties, I am very happy with my body.”

But it was more than just her body which influenced her decision. It was actually the way risqué scenes are ripped and put online:

Today, she has a no-nudity clause in her contracts, but if there is an instance where her character needs to be nude, Knightley can work with the crew to choose her body double:

“That was a choice. I get to choose the body double. It is an interesting selection process! It kind of goes like, ‘That’s a little bit like you, but better. She has a lovely body, so she can do this’…then I get final approval of what the edit is.”

There you have it, Perezcious readers! What do U think about Keira’s reasoning? Sound OFF (below) in the comments and share your take with us!!