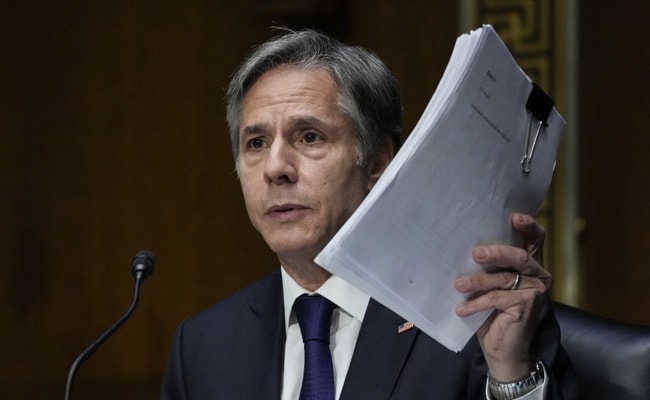 US Secretary of State was asked a question about the person killed in the Kabul drone attack. (file photo)

Appearing before the US Senate Foreign Affairs Committee, US Secretary of State Antony Blinken said it was not yet known whether the person killed in the US drone strike in Kabul was an ad worker or an ISIS-K terrorist. Blinken said this while answering questions from Senator Rand Paul. Paul asked whether the person on whom the Biden administration bombed the drone was an ad worker or a terrorist of the ISIS-K faction?

Blinken replied that the attack was currently being reviewed by the Biden administration and that the full report would be presented soon. Paul asked who is an ad worker and which ISIS-K terrorist do you not know? Blinken said he couldn’t speak on it right now. Paul again raised the question that you do not know or you do not want to tell us? Blinken said that I don’t know yet, because we are reviewing it right now.

Sen.Paul : Was the drone attack by the Bayden administration an ad worker or a terrorist of the ISIS-K faction?

Sec.Blinken: The Biden administration is reviewing the attack. I don’t know yet.

Sen.Paul then blatantly told Sec.Blinken that the review should have been done before he was killed. Listen pic.twitter.com/3CjbqQ1z4M

Senator Paul then told the Secretary of State, Blinken, that the investigation should have been done before the drone strike. What is the meaning of investigation after being attacked and killed? The New York Times reported that the 43-year-old Ahmadi, who was attacked by the US drone, was an ad worker and not a terrorist. At the time of the attack, he was putting water bottles etc in the car. The family claimed that ten people were killed in the attack, including seven children.

Senator Paul said that by killing innocents like this, we are creating a new group of terrorists. Secretary Blinken appeared before the Senate Foreign Affairs parliamentary committee defending President Biden’s decision to withdraw US forces from Afghanistan. During this, this question was answered from him. Earlier, he has appeared before the Parliamentary Committee on Foreign Affairs of the Congress.