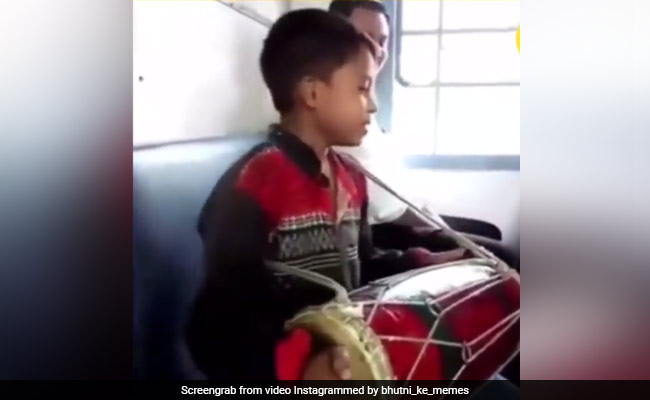 A video of a little boy singing with gusto to Badshah’s popular ‘Abhi Toh Party Shuru Hui’ song to the beat of dholak has won the hearts of thousands. In the video, the little boy is sitting in the train and is seen surrounded by other passengers. The boy is singing the song ‘Abhi Toh Party Shuru Hui’ while playing the dholak. The boy is also doing some dance poses while playing the dholak. The caption of the video is given, “This too should get a chance.”

The child’s energy and confidence has not only delighted his fellow passengers but also the social media users. As of now, the boy seen in the video has not been identified yet.

This is not the first time that a child has won the hearts of people. In July, a boy named Sahdev Dardo sang the 2019 song ‘Bachpan Ka Pyaar’. After which a video of him went viral. The boy was seen singing a song standing in front of his teacher in a classroom. Many celebrities took part in the viral trend. Chhattisgarh Chief Minister Bhupesh Baghel also honored him.