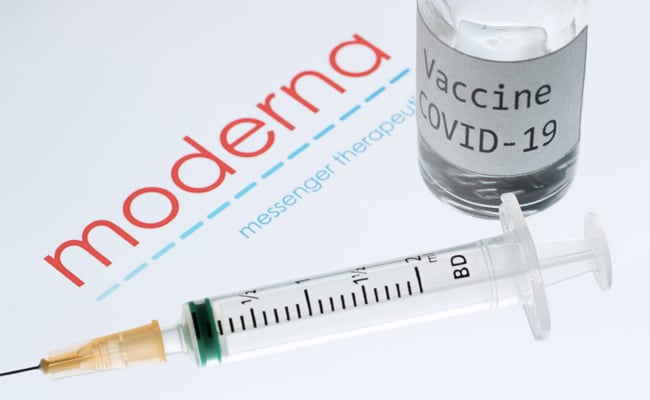 A US expert committee on Thursday recommended a booster dose of Moderna’s anti-Covid vaccine for certain at-risk groups in the United States. A similar recommendation was made for the Pfizer shot about a month ago.

The opinion presented by the Food and Drug Administration’s advisory committee, which is given by researchers, epidemiologists and infectious disease experts, is not binding, but the FDA is unlikely to comply.

After a day of debate, experts have decided to authorize booster doses of Moderna for three categories of people. These categories are – people over the age of 65, people between the ages of 18 and 64 who are at higher risk of developing a severe version of the coronavirus, and those whose work may involve repeated exposure to the virus. The same definitions were adopted for the Pfizer booster.

The last category includes supermarket workers, health workers, prisoners and people living in homeless shelters. A booster can be given six months after the second injection of Moderna vaccine. The dosage is 50 micrograms, which is half the dose of the initial shots.

A representative for Moderna told the panel that the booster would help combat the delta variant, at a time when the vaccine’s effectiveness has been shown to decline over time against mild cases of infection and disease, even when the vaccine is available for severe cases. effective against.

The committee will meet again on Friday to give its decision on a booster dose for the Johnson & Johnson vaccine. About 15 million Americans have received a single dose of the J&J vaccine, and nearly 70 million have been fully vaccinated with Moderna Vaccine.

(This news has not been edited by NewsBust team. It has been published directly from Syndicate feed.)