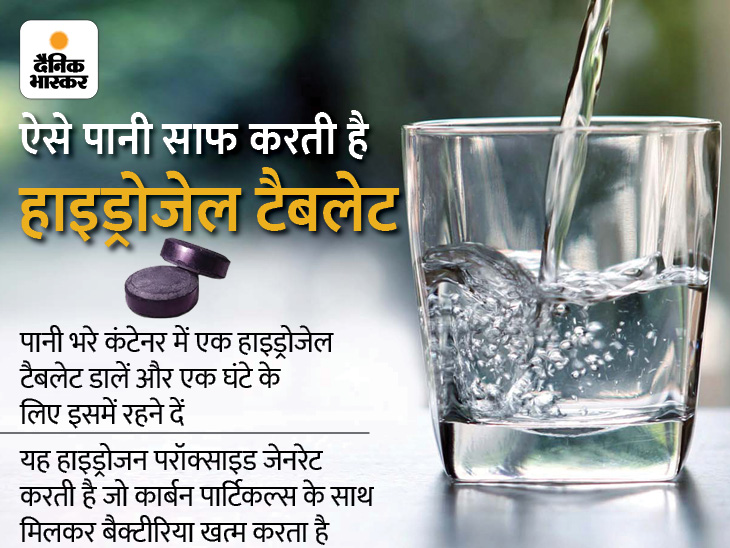 There are still many areas around the world where clean drinking water is not available. For such places, scientists have prepared a special type of hydrogel tablet. This tablet will make the water of rivers and ponds drinkable within an hour. A prototype of this tablet has been prepared. Scientists claim that this tablet makes water up to 99.9% bacteria free.

According to scientists from the University of Texas, USA, who prepared the tablet, water is usually boiled and drunk to make it bacteria-free. It takes both time and energy, but it’s easy to make water drinkable with the new hydrogel tablet.

This is how Hydrogel Tablet works
Scientists claim, this hydrogel tablet has to be put in a container filled with river or pond water. The water will be 99.9% free of bacteria after one hour of tablet insertion. After an hour, you can take this tablet out of the water. No chemicals will be present in the water.

Researchers say, after reaching the water, this tablet generates hydrogen peroxide. Which kills the bacteria by mixing with the carbon particle. It has been claimed in the research that it does not make any such chemical or by-product in the water that can harm the human being. This water can be drunk without any fear.

These are also the benefits of hydrogel tablet
Scientists say, hydrogel purifiers will work to improve other water purification technology as well. For example, solar distillation has to rely on the heat of the sun to purify water. The water that evaporates from the heat is collected. There is a danger of reaching many microorganisms in it. With the new hydrogel technology, this water can be cleaned sterile.

This tablet will be the game changer of the world
Researcher Guihua Yu says, hydrowater tablet will prove to be a game changer in reducing the shortage of clean water around the world. It will make a big difference because it is the easiest to use.

The research team says the team is working to make hydrogel tablets available to the public. Apart from this, it is also being explored how to improve it and eliminate viruses along with different types of bacteria.