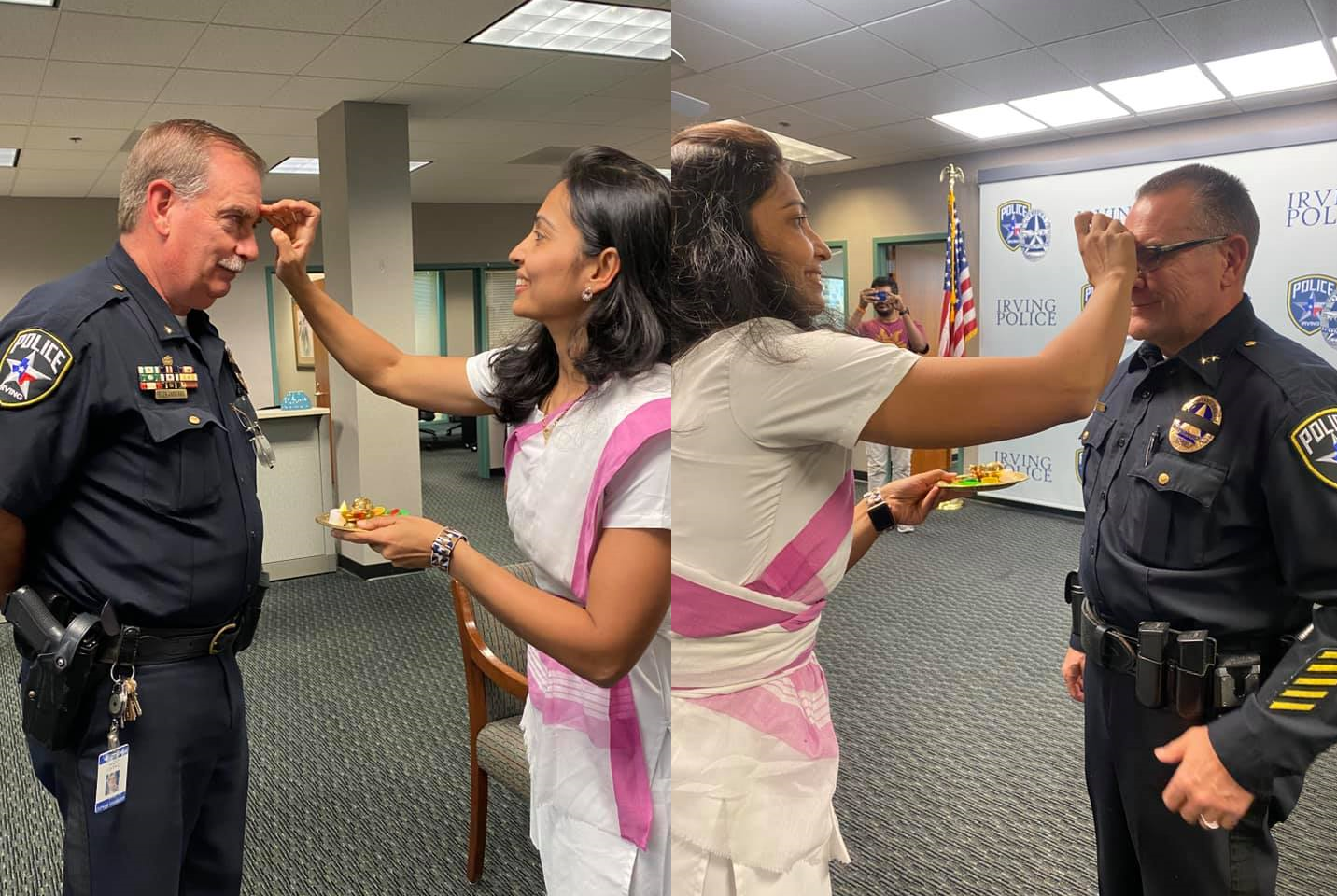 The festival of Rakshabandhan is of love and respect between brother and sister. In this, the sister ties Rakhi to her brother, in return the brother takes a vow to protect the sister. At the same time, sister is also ready to protect her brother. Heart touching posts are always seen on social media. More recently, some women tied rakhi to the employees of the American Police and demanded goodness from God. This post is going viral very fast on social media. People are giving many reactions on this post.

It can be seen in this photo that a woman is tying Rakhi to some police personnel. This post is creating panic on social media. This post has been shared by the Irving Police Department from its official Facebook account, which remains a topic of discussion on social media. A caption has also been shared with this post. It is written in the caption – Thank you Hindu Swayamsevak Sangh. It is a matter of pride to celebrate the festival of Rakshabandhan with you.

Punjab Chief Minister Charanjit Singh Channi was seen doing Bhangra in the college function, won the hearts of the people