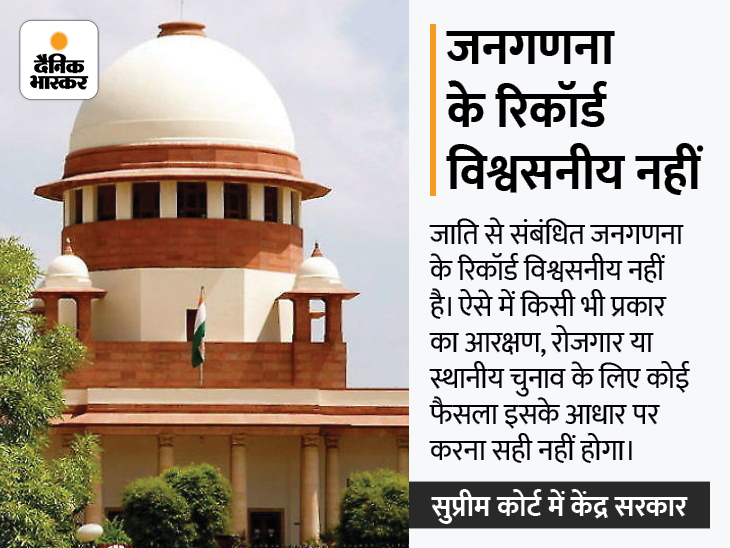 The Central Government has filed an affidavit in the Supreme Court stating that the caste census of the Backward Classes (OBC) is an administratively difficult and cumbersome task. Therefore, in a conscious policy decision, such information has been kept out of the purview of the census.

The Ministry of Social Justice and Empowerment in its affidavit also pointed out that the Socio-Economic and Caste Census (SECC) 2011 was riddled with mistakes in the caste census. Census records relating to caste are not reliable. In such a situation, it will not be right to make any decision for any kind of reservation, employment or local elections on its basis.

Requested to give instructions for counting separately
The Central Government has requested the Supreme Court not to direct the OBC population to be counted separately in the 2021 caste census. The government said that the SECC 2011 survey is not an OBC survey, as alleged, but was a comprehensive process to ascertain the caste status of all households in the country.

The Center has kept information about other castes out of the census and this is a policy decision that has been taken after due consideration. The matter is to be heard in the Supreme Court on October 26.

Maharashtra government has filed a petition
A petition has been filed on behalf of the Maharashtra government in the Supreme Court. In which it has been demanded that the Center and the concerned authority should be directed to provide the state information about the caste data of OBCs recorded in the Socio-Economic and Caste Census (SECC) 2011. In the petition, the state government said that they repeatedly pleaded with the Center for this but they were not informed.