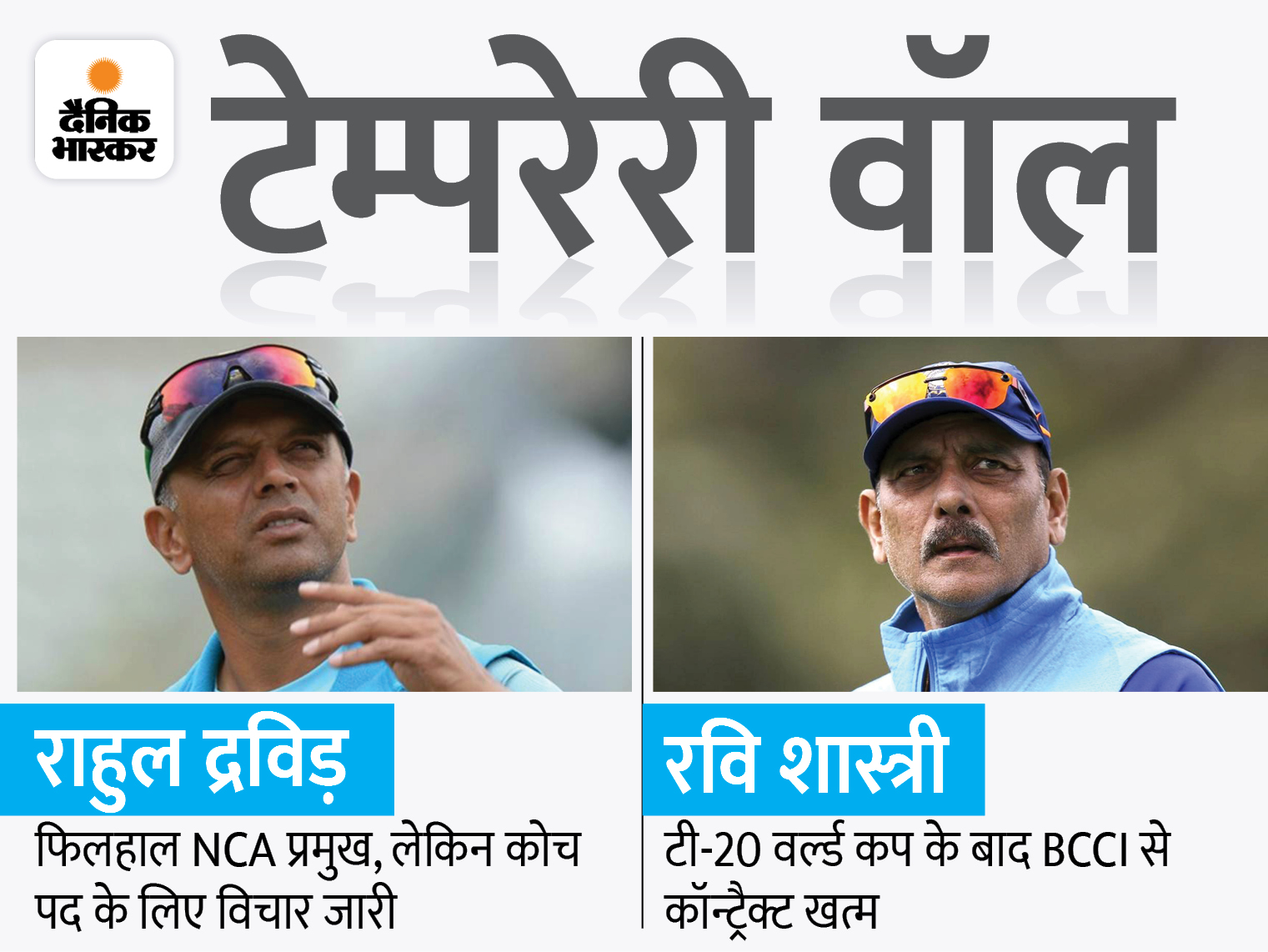 After the T20 World Cup, a big change can be seen in the Indian cricket team. Rahul Dravid can be made the head coach of Team India in place of Ravi Shastri. This was indicated by BCCI President Sourav Ganguly himself through one of his statements.

Dada gave a statement about the new coach
Talking to The Telegraph, Sourav Ganguly said that, he has not spoken to Rahul Dravid about the post of coach. Ganguly said- I understand that he (Rahul Dravid) is not interested in working (for the coach’s post) permanently. However, we too have never spoken to him about it. When we think about this (about the coach’s post) then we will see what happens.

Under Ravi Shastri’s coaching, the Indian team has not won a single ICC title.

Shastri’s contract will end after T20 World Cup
Head coach Ravi Shastri’s contract will expire after the T20 World Cup. If reports are to be believed, Shastri also does not want to continue the contract further. It was being speculated that NCA director Rahul Dravid could be made the new head coach of the team. However, Dravid has already made it clear that he will not be the next coach of Team India. He had said that he would continue his role in the NCA.

Dravid’s success in coaching
Under the coaching of Rahul Dravid, the Indian Under-19 and India A teams have performed very well. The Indian team was the runner-up in the 2016 Under-19 World Cup, while in 2018 the team managed to win the Under-19 World Cup under Dravid’s coaching. Recently, on the tour of Sri Lanka, Dravid was appointed as the head coach of Team India and the team was successful in winning the ODI series.