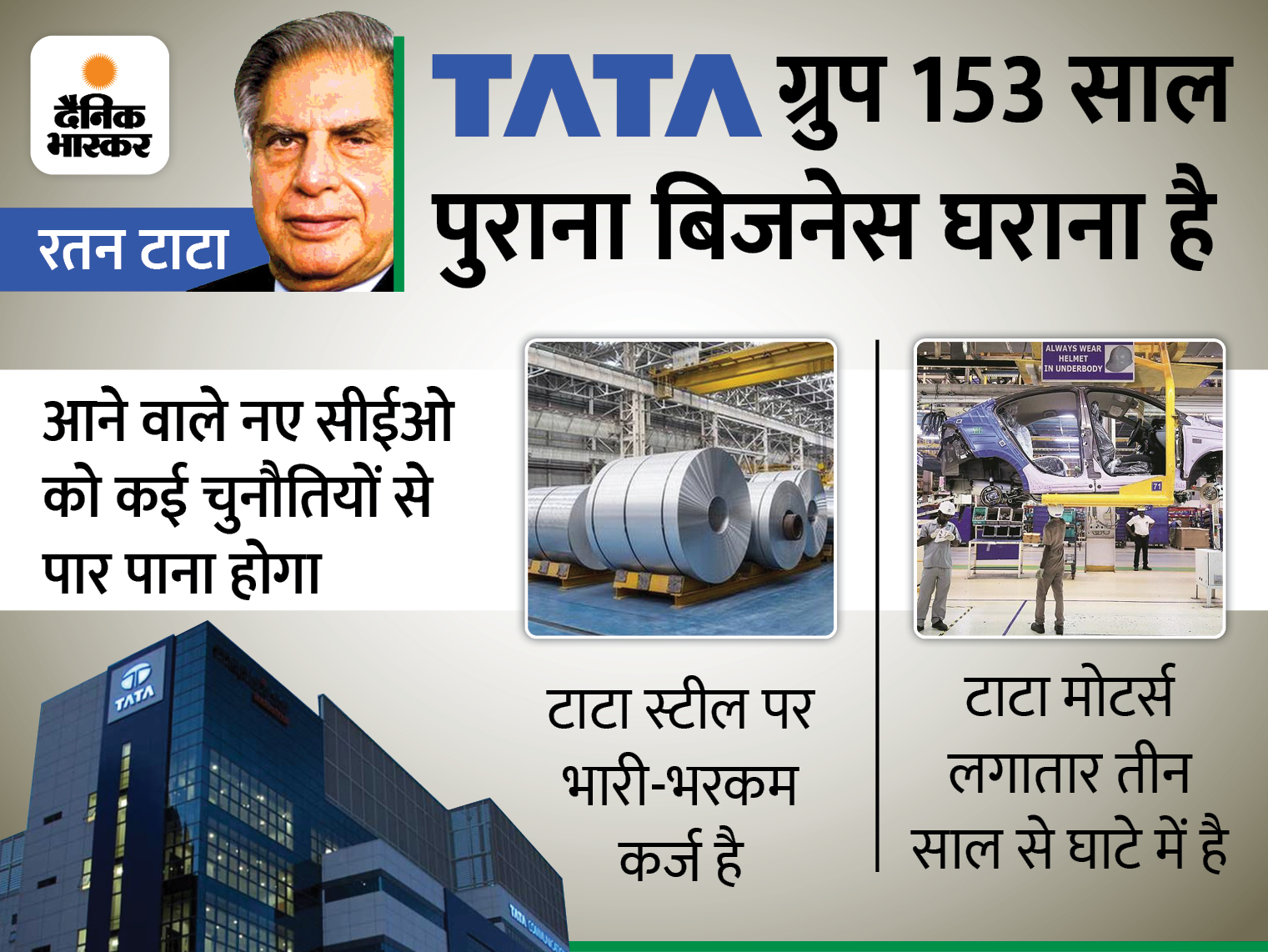 India’s largest business house Tata Sons Limited is now going towards a historic change. The Tata Group is looking to appoint a Chief Executive Officer (CEO) to help improve its corporate governance. That is, now the chairman and CEO will be separate in the group.

According to sources, under the proposed plan, the new CEO will guide the 153-year-old Tata business empire. While the Chairman will act as the Monitoring Officer. However, Ratan Tata’s approval is most important in this decision. Ratan Tata, 83, is currently the chairman of Tata Trusts.

Chandrasekaran’s term will end in February 2022

The tenure of the current Tata Sons chairman Natarajan Chandrasekaran will end in February 2022. They are being considered for extension of service. Heads of various Tata group companies, including Tata Steel, are also being evaluated for CEO positions. No final decision has been taken on this yet. This plan may also change.

Sources reveal that the CEO offer comes several months after winning a year-long legal battle with Cyrus P Mistry. Mistry was the chairman of the group. He was accused of mismanagement in the group. He was removed from the post in 2016. This proposed plan can help in charting the future for the group.

Ratan Tata is the chairman of Tata Trusts

It is not clear about who will replace Ratan Tata as the chairman of Tata Trusts. Tata Trusts owns 66% of the holding company of the Tata Group. A new CEO of the group will have to deal with many challenges. Tata Steel is trying to reduce its debt of $10 billion. Whereas Tata Motors has been in loss for three consecutive years.

Asia’s largest software services provider Tata Consultancy Services (TCS) is working on a plan to launch a super app. However, he has postponed this plan for the time being. It will be an all-in-one e-commerce app. Through this the group can be successful in building its strength in the digital space.

Tata Group is involved in more than 100 business

The Tata Group, with more than 100 businesses and more than two dozen listed companies, had annual revenue of $106 billion in 2020. It has 7.5 lakh employees. These workers do many things like making cars, trucks, selling tea, making steel, selling insurance, making software and setting up phone networks.

Tata’s plan is according to SEBI’s plan

The proposed change in the group’s leadership is in line with the plan of India’s market regulator SEBI. In this plan of the regulator, it has been said that the top 500 listed companies of the country should have separate posts of chairman and CEO by April 2022 for better governance. Though Tata Sons is not listed, this change in leadership will help in compliance with the rules.

Ratan Tata’s plan to appoint a professional manager over the holding company is being seen as part of the retirement role of Ratan Tata. Because Ratan Tata is now on the verge of retiring completely. Ratan Tata, however, says that he is no longer actively involved in business decisions. But he still exercises considerable influence over the group’s management through the Tata Trusts.

Chandrasekaran is the most trusted officer of Ratan Tata

N Chandrasekaran is one of Ratan Tata’s most trusted executives. He was born in Namakkal district of Tamil Nadu. It is interesting that today he was associated as an intern in TCS, the group company of which he is the chairman. After an intern in 1986, he became a full time employee in 1987. In the 1990s, he reached the management level in the group. He has been in this group for 35 years. In 2009, he was made the CEO of TCS.