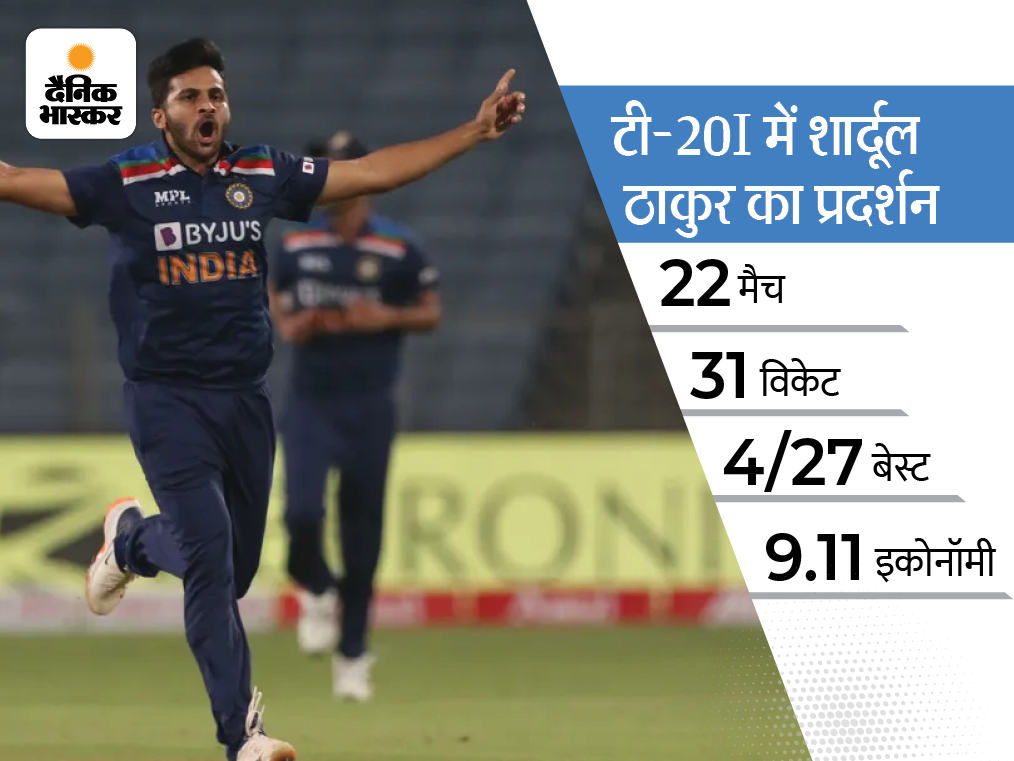 The Board of Control for Cricket in India (BCCI) has made a major change in the team for the T20 World Cup. Fast bowler Shardul Thakur has been made a part of the main T20 squad in the team while all-rounder Axar Patel, who is already in the team, has been dropped from the 15-man squad and has now been included in the list of stand-by players. All-rounder Hardik Pandya remains in the team.

BCCI reaffirms confidence in Pandya
Hardik Pandya has been running out of form for quite some time now. His performance in IPL Phase-2 was also very disappointing. In Phase-2, he scored just 75 runs in 5 matches. The special thing is that he was not seen bowling even once during the entire IPL season, but even after all this, the BCCI has expressed confidence in him. It is expected that he will perform well during the World Cup.

Shardul impressed in IPL
Shardul Thakur’s best performance was seen in IPL Phase-2. Thakur has so far taken 18 wickets in 15 matches at an average of 27.17 in this tournament. In the 8 matches of Phase-2, he has shown the way out of the field by dismissing 13 players at an average of 17.07.

These players will practice
BCCI has also released the list of players who will stay in UAE to practice for Team India after the IPL is over. These players include Avesh Khan, Umran Malik, Harshal Patel, Lukman Meriwala, Venkatesh Iyer, Karan Sharma, Shahbaz Ahmed and K Gautam.