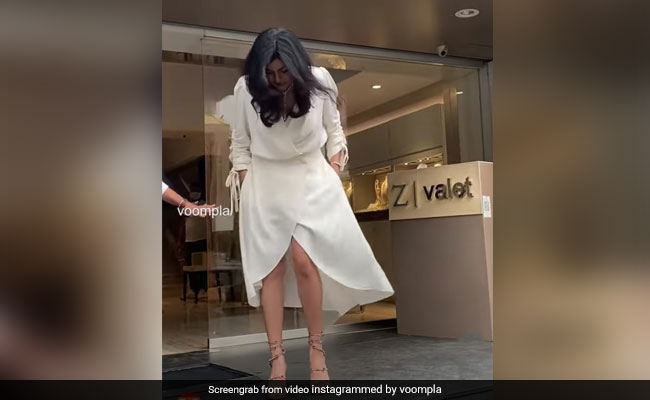 Sushmita’s video is going viral
A video of actress Sushmita Sen is becoming increasingly viral on social media. In this video, Sushmita Sen is seen in White High and Low One Piece. At the same time, her style is very much liked by her, but due to the recent incident with her, she has become even more cautious now.

The actress kept falling down
Actually Sushmita was spotted at a store. From where when she comes out, her high heel gets caught in the net in the ground and she keeps falling and falling. The pictures and videos here are becoming increasingly viral on social media. In this video, she is seen saying ‘Hey Baap Re Abhi Girti Main’ actress, she is in limelight for her web series Arya 2.