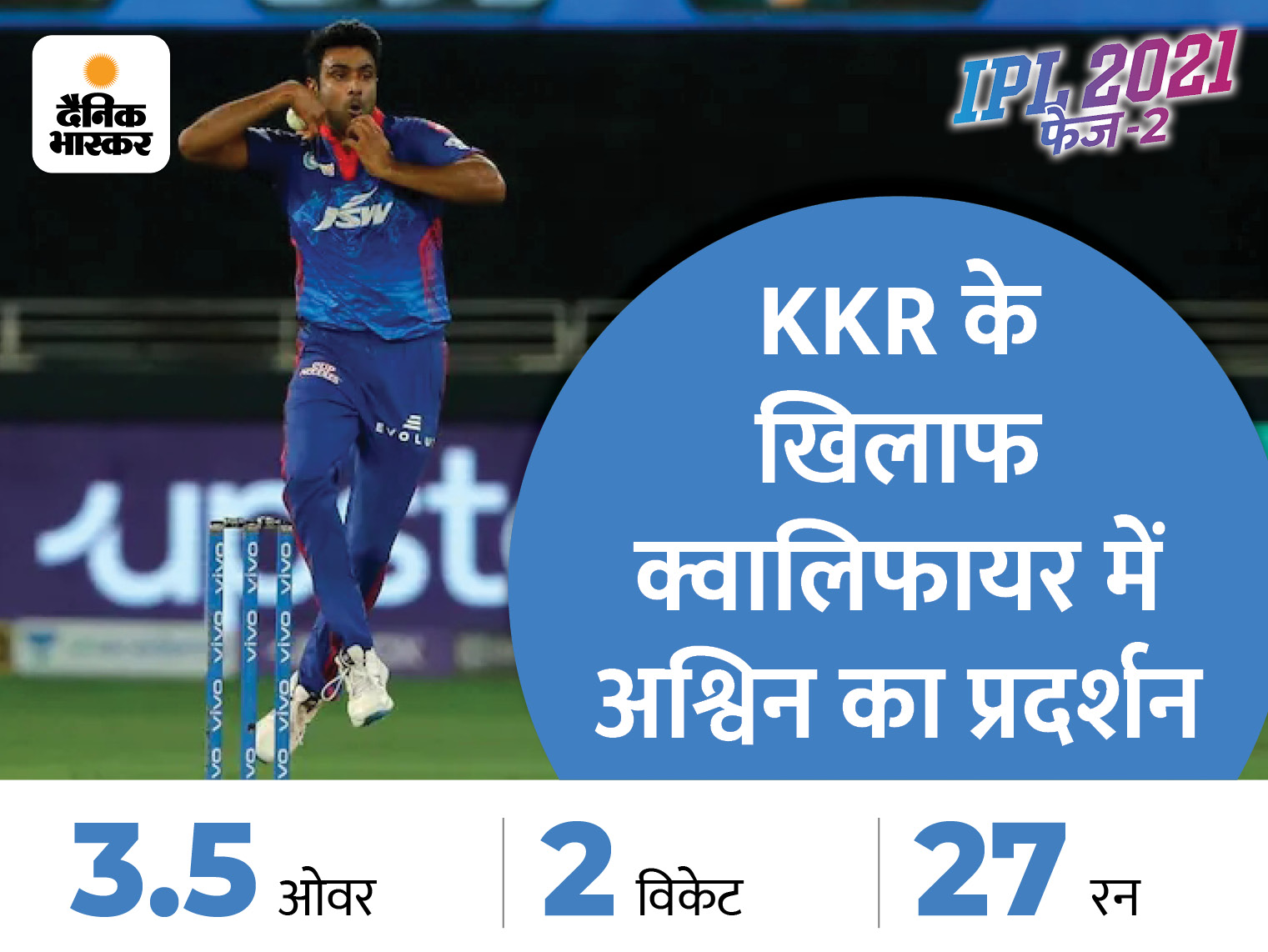 Ravichandran Ashwin had to defend 7 runs while bowling the last over for Delhi Capitals. Kolkata Knight Riders had a score of 129/5 with Rahul Tripathi and Shakib Al Hasan as the match slowly tilted in DC’s favour. Kolkata lost three wickets early.

Ashwin did his job well. He conceded just one run in the first two balls and then took two wickets in the next two balls. Now Rahul Tripathi was on strike for KKR. The team needed 6 runs in 2 balls and had only three wickets in hand.

On the fifth ball of the over, Ashwin bowled a short ball outside off-stump and Rahul Tripathi jumped on it and hit a six over long off to put the match in his team’s lap. After the match, India’s legendary batsman Sunil Gavaskar explained Ashwin’s final over and where he went wrong in the over.

Gavaskar said Ashwin made a mistake on the last ball
Gavaskar said Ashwin is a very smart bowler. He knew exactly which batsman to bowl to. He was reading the mind of the batsman. He knew that Sunil Narine was the first to come and he could hit sixes. Naren did the same. As soon as he arrived, he took the bat’s nephew. The ball went into the air and was caught by Axar Patel at long-on. Ashwin made a big mistake on the last ball.

He thought that Tripathi would play a forward shot, but he did not. Ashwin had kept the ball a little far and short of the off-stump. He thought that Rahul would take at most one or two runs, but Rahul leaned slightly and hit a six over long off. With this, Tripathi ended the match in a brilliant manner.

thrilling last over
For a time, it looked like KKR would win the match easily, but Delhi came back strongly and took six wickets for KKR within seven runs. Dinesh Karthik, skipper ON Morgan and Shakib Al Hasan were dismissed for (0). The final over was very exciting, Kolkata needed 7 runs and the responsibility of bowling was with R Ashwin.