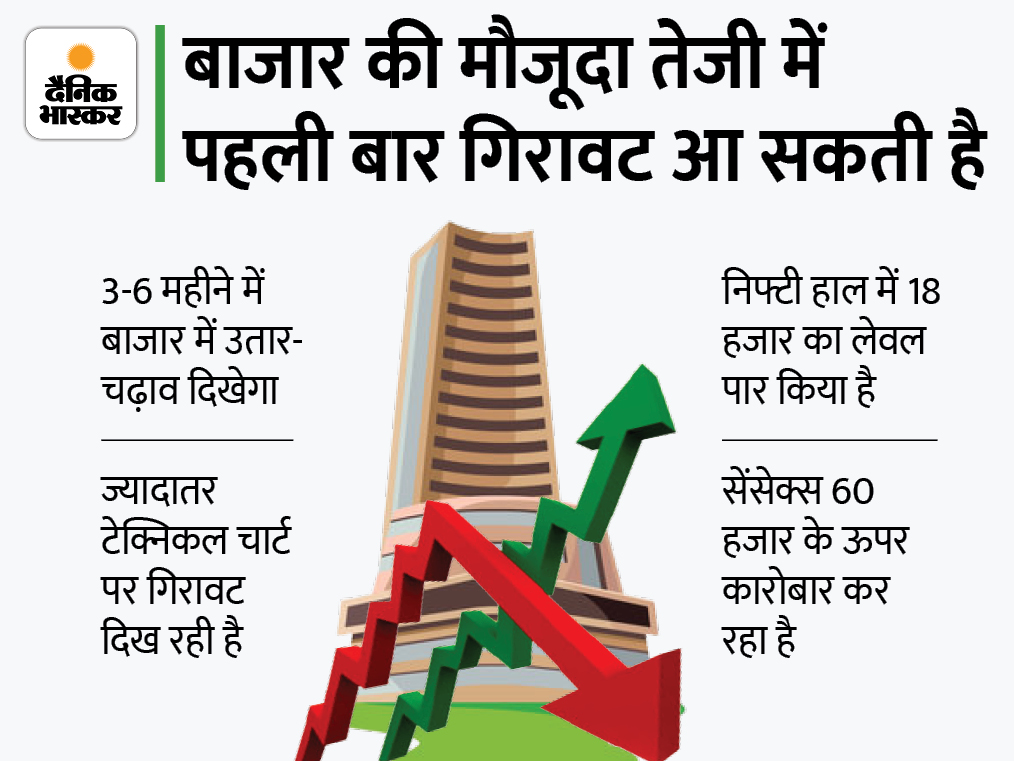 After the spectacular rise in the stock market for the last 18 months, now there is a possibility of a fall. By January, the market may fall by 15-20%.

It is believed that by January, the growth of the domestic equity market will stop and it will show a decline. Alternate Strategies by Avendus Capital Public Markets, the country’s largest hedge fund manager, expects the benchmark indices to face a correction for the first time in the current bullish market. This is because their quantitative models are indicating a decline of 15-20% in the next six months. A technical correction in any market occurs when a security declines by more than 10%.

Ups and downs will be visible in 3-6 months

Rishi Kohli, Managing Director (MD) and Chief Investment Officer (CIO) of Avendus Capital Public Markets Alternate Strategies, says that I expect from here on the next 3 to 6 months the market will see several rounds of volatility. There is more chance of a good correction. Kohli derived this estimate from reading millions of indicators and analyzing market data on a daily basis. One data point that is causing trouble for strategists is the relative strength index (RSI) of Nifty 50 futures.

The RSI indicator is what determines the movement of the market. It is used to find out whether the market is in oversold conditions. The RSI for Nifty 50 futures crossed the 80 mark at the end of September on a weekly basis. This is a phenomenon that has happened very rarely in the history of the market. Similarly, on a monthly basis, the RSI for the index futures was also close to the 80 mark. Before this it happened in late 2014, late 2007 and late 2006.

Kohli said that in the time since such readings, the market has corrected 15-20% within 3-6 months. The bullishness of technical indicators like RSI is proof that the bullishness of the Indian market is one of the major bullish momentum in the market. Kohli said that in the long run, these readings only happen when the market’s bullish phase lasts a long time. This is because the downtrend in the uptrend of the market is also more.

According to Kohli’s analysis, the Indian equity market is likely to show the sharpest rally since 2003-07. He expects a return of 18% in the phase where the market is currently bullish.