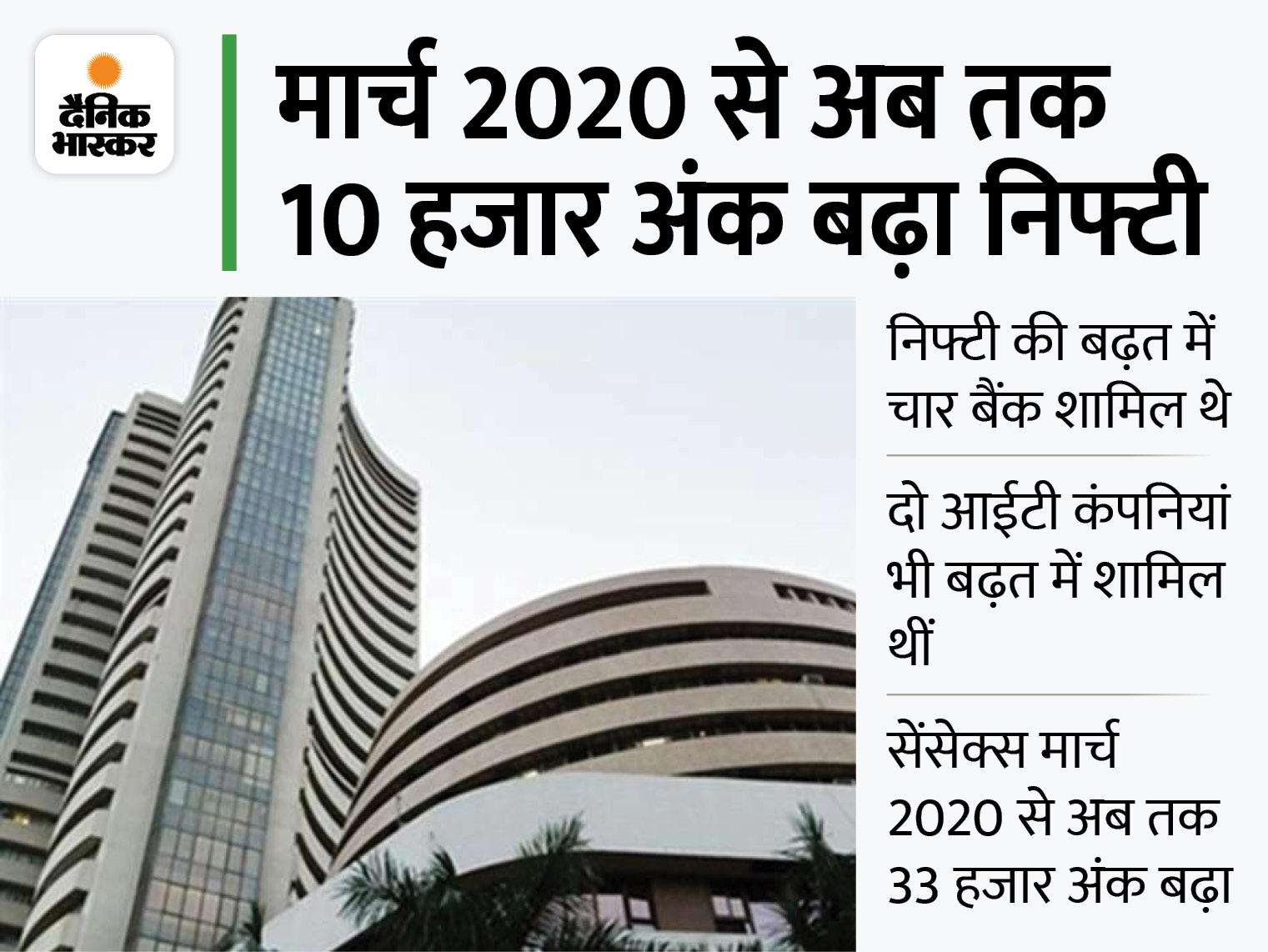 The Nifty index of the National Stock Exchange (NSE) has gained 10 thousand since March last year. Reliance Industries contributed the most in this 10 thousand increase. Reliance contributed one thousand points. Whereas state-owned companies have contributed very little to this growth.

Data show that Nifty was at 7,511 points in March last year. Last week Nifty touched the level of 17,519. That is, during this Nifty saw an increase of 10 thousand points. Reliance Industries (RIL), spread from oil to telecom sector, contributed 10% i.e. one thousand points to the gain of 10 thousand of Nifty.

Reliance Industries is the largest company in the country

Reliance Industries is the largest company in the country. Its stock is currently at the highest level in the last one year. At present, this stock is trading close to Rs 2,400. Whereas in March 2020, this stock made a low of Rs 875. However, in September the same year, it also made the highest of Rs 2,368. Now the stock of Reliance has crossed that level.

Shares of both TCS and Infosys have made significant gains. The shares of both are at one-year high. TCS has become the second company with a market cap of more than Rs 14 lakh crore.

The Bombay Stock Exchange (BSE) Sensex has seen a gain of 33 thousand points or 129% since March last year. The Sensex had closed at 25,638 points on March 24 last year. There has been a lot of money in the market in the last one and a half years. The main reason for money coming into the market was the reduction in interest rates by central banks around the world. For this reason, people invested money in the stock market instead of banks to earn more profit. Along with this, the reduction in the figures of Kovid-19 and the gradual recovery in the country’s economy also played a major role in accelerating the market.