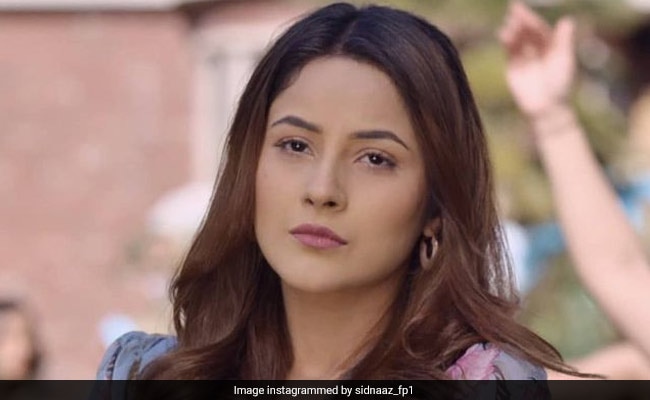 Shahnaz Gill is now slowly growing like her normal life. After the death of her special friend and actor Siddharth Shukla, she went silent and stopped being active on social media. Shehnaaz Gill now has a Punjabi film ‘Haunsla Rakh’ coming up and she is busy promoting it these days. Shahnaz and the film’s team recently gave an interview, in which they have openly spoken about their emotional attachment. (Watch interview here)

Shehnaaz Gill was asked during the interview that how much percentage of the characters played in the film Hounsla Rakh is of her real life. In response, Shahnaz says: “I am 40 percent real of this character.” Shehnaaz Gill further said, “When we love someone, then according to the attachment we have with him, then I took that ratio according to that attachment. Pyaar jo hai na, meaning mother’s love is not, which mother Only I know. And I can feel mother’s love because how much my mother loves me.”

The way Shehnaaz Gill has spoken about love in the interview. Due to this, the fans of Sidnaz remembered her bonding with Siddharth Shukla. Fans are giving a lot of reaction through comments. Let us tell you that Shahnaz Gill is playing the role of mother in the film ‘Haunsla Rakh’. His film is releasing on 15th October i.e. Friday.