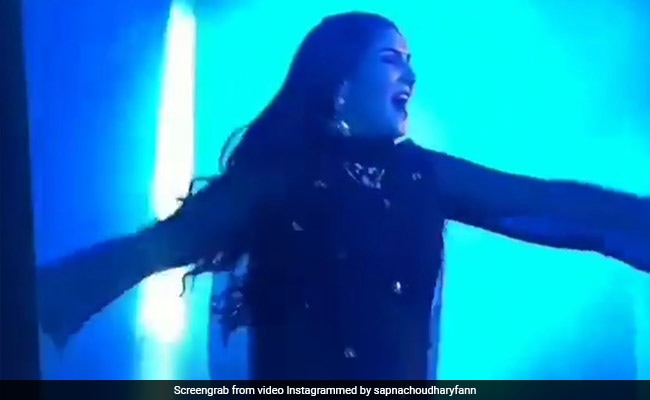 Sapna Choudhary danced vigorously to the tune of Naagin

Sapna Chaudhary, who beats everyone with her dance and style, remains in the limelight on social media. After becoming a part of Bigg Boss house, the graph of his popularity is getting high day by day, his new to old videos are also making a splash on social media. At present, a video of him has been shared on his fan page. Sapna’s look in this video is worth watching. It can be seen in the video that the audience is also seen applauding fiercely.

Sapna was seen dancing to the tune of Naagin
Recently, a video of Sapna Chaudhary has surfaced on social media and has shared this video on her fan page. Let us tell you that the list of people who follow Sapna is very long. For now, in this video, Sapna is seen in a black suit. Not only this, she is also seen standing on the stage and dancing vigorously to the tune of the serpent.

Music videos going viral
To see Sapna’s dance performance, a huge crowd of fans comes. Let us tell you that these days Sapna is making special headlines for her new song ‘Banke Chali Morni’. This video has been viewed 2.6 million times so far.