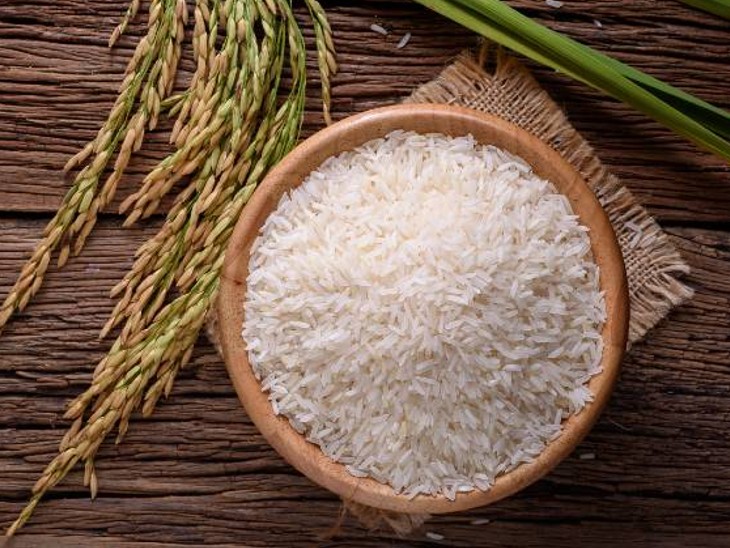 If you are a rice lover then this news is for you. Scientists in England have expressed the risk of cancer from rice. Scientists say, pesticides and toxic chemicals reaching the soil are posing a new threat to rice eaters. Arsenic, which reaches rice through soil, increases the risk of cancer and heart diseases.

Scientists say that eating rice that is not soaked in water for a long time increases the risk of cancer. Avoid preparing it in a hurry.

Why rice is increasing the risk of diseases, how can we reduce it and why there is a need to alert the Indian people, know the answers to all these questions…..

Why is this threat increasing?
Scientists say that the biggest reason for the danger is arsenic. There are two reasons for this. First, it is found in almost every pesticide and insecticide. Their increasing use in agriculture is increasing the danger.

The second major danger is the presence of arsenic in the water. According to researchers, arsenic is present in significant amounts in the groundwater of many countries. It is slowly reaching the body through water and food.

Why more danger than rice?
The researchers say that rice poses a greater risk because the rice crop is already grown in the presence of dangerous chemicals. Secondly, rice absorbs more water. If there is arsenic in the water too, then the danger can increase even more.

According to research, some symptoms may appear when arsenic reaches the body for a long time. For example, symptoms such as vomiting, diarrhea, abdominal pain, cancer or skin lesions are often seen. These symptoms need to be monitored. If you see such changes, seek medical advice immediately.

How can you reduce the risk?
Scientists at Queens University Belfast, who conducted research, say that to reduce the risk of cancer and other diseases, do not eat rice undercooked. Cook it well. Research has also suggested a way to remove arsenic from rice, which reduces the risk.

Reduce the risk of diseases in this way with rice

50 thousand deaths every year due to arsenic in rice

According to the researchers, many such chemicals reach through the soil during the cultivation of Fasal. When they eat grains, they become the cause of liver diseases and cancer. In some cases it even leads to death.

Rice is the cereal on which most of the population depends. It provides a lot of calories and nutrients. According to researchers, 50,000 deaths worldwide occur every year due to the presence of arsenic in rice.

Why India needs to be alert

India is the second largest country in the production of rice in the world. According to the National Sample Survey, rice is consumed more in the villages of the country than in the cities. An Indian in a village eats 6 kg of rice every month, while in an urban person this figure is 4.5 kg.

Rice is eaten more in rural areas of Uttar Pradesh and Bihar. According to the sample survey, rice is preferred by the people of South, East and North-East in the country. In most states, people like to eat rice, so there is a need to be alert.