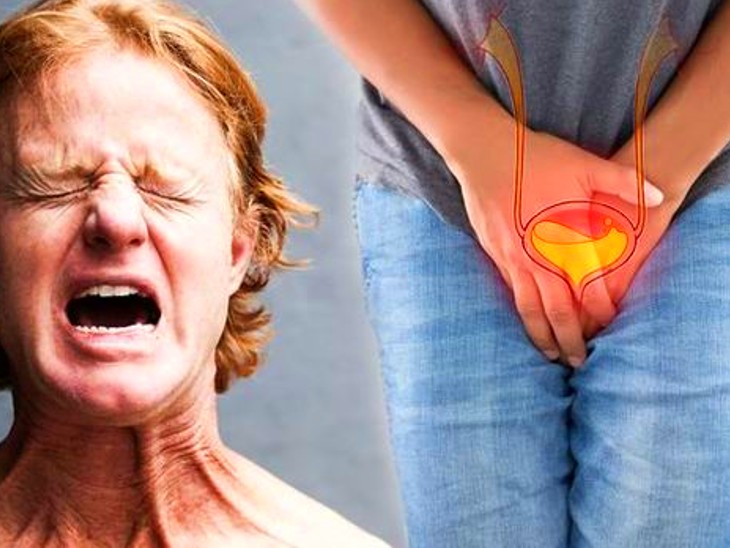 Prostate cancer is a cancer occurring in men. The highest number of cases in the country have been seen in big cities like Delhi, Kolkata, Pune, Thiruvananthapuram, Bangalore and Mumbai. According to a report, cases of prostate cancer were usually seen in people after the age of 50, but currently it is also being detected in people in the age group of 35 to 45 years.

Experts say, there are two reasons for the increase in its cases, first – the delayed appearance of its symptoms. Second, to ignore late-stage symptoms because its symptoms are similar to those of other diseases. Therefore, he does not understand the symptoms of cancer growing in the patient. If you see any kind of symptoms or changes in the body, please consult an expert once. A small change in the body can also be a sign of a big disease.

September is celebrated as Prostate Cancer Awareness Month, so that men can be made aware about this cancer. What is prostate cancer, which symptoms indicate cancer, how to get it tested and what are the new treatment options… Know the answers to these questions from experts

What is prostate cancer?

Prostate cancer grows slowly. Most patients do not show any symptoms. When it reaches the advanced stage, symptoms start showing.

What are its symptoms?
Dr. Prasad Kasbekar, Surgical Oncologist at Masina Hospital, Mumbai It is said that the enlargement of the prostate gland is also a problem. As it grows, some symptoms are seen. Similar symptoms can also appear in the early stages of prostate cancer. Which work to confuse the patient. For example, sleep disturbances due to frequent urination, frequent urination. In case of such symptoms, seek medical advice as soon as possible.

How to know whether there is prostate cancer or not
If symptoms associated with this cancer are seen, get a prostate specific antigen test (PSA) and blood test done. A high value of PSA and rapidly progressing symptoms confirm prostate cancer in the test. Apart from this, prostate cancer can also be detected by doing a biopsy (Trans-rectal ultrasound guided-TRUS).

Now talk of treatment, treatment is done on the basis of three things
Dr. Prasad Kasbekar says, the treatment of prostate cancer is decided on the basis of its stage, PSA value and age of the patient. If the cancer is of an early stage, it is treated with surgery. With the help of surgery, the prostate gland and seminal vesicles are permanently removed from the body.

Currently, the use of robotics surgery is increasing. Robotic radical prostatectomy surgery is considered preferable in such patients.

Hormone therapy is given to patients whose condition becomes more critical and the condition does not improve even after surgery. Their testosterone hormone levels are reduced through drugs. These medicines do not cure the disease completely, they work to control it to some extent. These drugs gradually stop working in patients after some time. In this situation, chemotherapy remains the option.

If you don’t want to have surgery…
TULSA-PRO treatment is currently being used as a new treatment for prostate cancer. This technique is used to treat cancer patients who do not want to undergo surgery. The full name of this treatment is transurethral ultrasound ablation of the prostate. During this treatment, the patient’s cancer cells are eliminated through an ultrasound catheter.