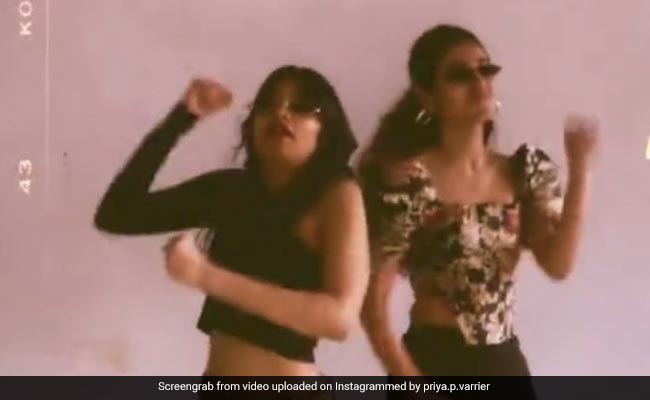 Famous actress Priya Prakash Varrier of South films is very active on social media. Priya shares her every activity with the fans. Fans are also very curious to know about him. Priya is one of those actresses who have gained tremendous popularity in a short span of time. Along with this, he also has a strong fan following on social media, which likes every post of his. Meanwhile, Priya has shared her latest dance video. In this video, Priya is seen dancing with her friend in an unusual style.

Priya Prakash Varrier has shared this video of her on Instagram. In this video, she is dancing with a friend on an Indonesian song, which her fans are very fond of. Talking about her look, she is wearing a black colored off shoulder top and brown colored pants. With this, more than 67 thousand likes have come on his video so far.

Priya Prakash Varrier came into the limelight in the year 2019 when the trailer of her film ‘Oru Adaar Love’ was released. In this, the video of Priya Prakash’s eye gestures became very viral. At the same time, the actress was last seen in the film ‘Cheque’. It was directed by Chandrashekhar Yeleti. Nitin and Rakul Preet Singh played the lead roles with him in the film. Priya Prakash Varrier’s acting was most appreciated in the film ‘Oru Adaar Love’. However, she is soon going to enter Bollywood through ‘Sridevi Bungalow’ and ‘Love Hackers’.