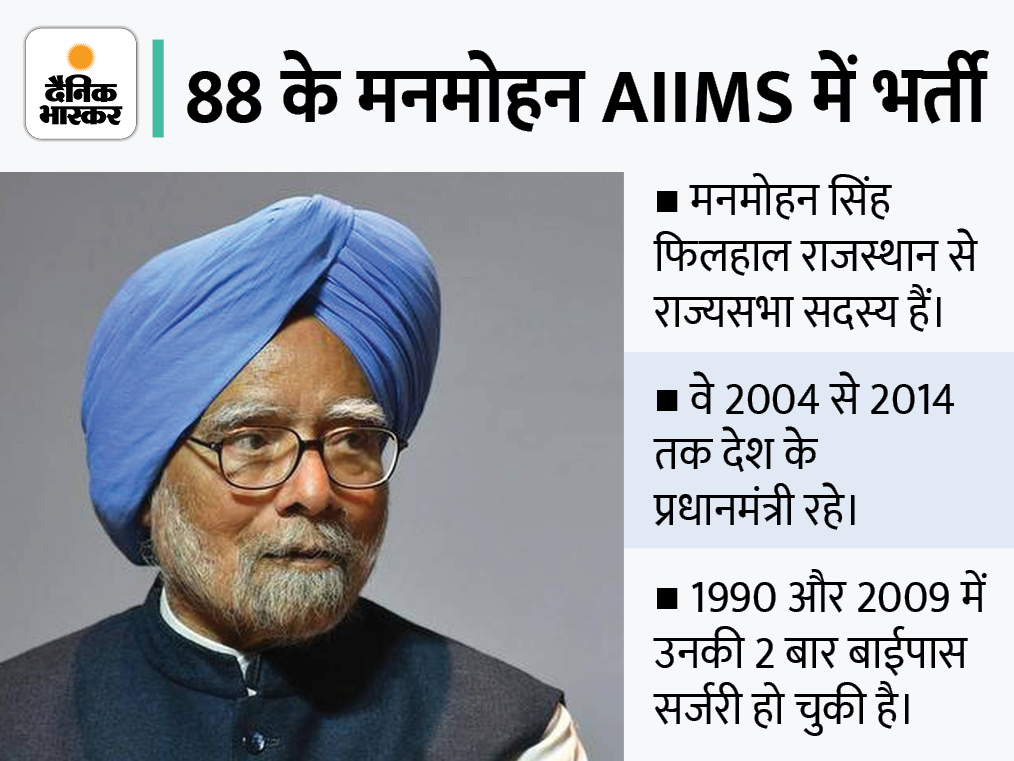 Senior Congress leader and former Prime Minister Dr. Manmohan Singh’s health has deteriorated. He has been admitted to Delhi AIIMS after complaining of fever and weakness. 88-year-old Dr. Singh is being treated at the Cardio Neuro Tower of AIIMS.

Late in the evening, AIIMS doctors told that his condition is stable. He has been admitted due to fever.

Manmohan Singh is currently a Rajya Sabha member from Rajasthan. He was the Prime Minister of the country from 2004 to 2014. A medical board has been constituted in Delhi AIIMS to examine Manmohan. It is being headed by its director Randeep Guleria.

Manmohan Singh also got infected with the corona virus on 19 April this year. He was admitted to AIIMS. He was discharged from the hospital after 10 days.

Corona positive after taking both doses of vaccine

Manmohan also got infected with the corona virus on 19 April this year. He was treated at Delhi AIIMS. The special thing was that the former PM had taken both the doses of Covaxin of Bharat Biotech. He was given the first shot on 3 March and the second dose on 4 April.