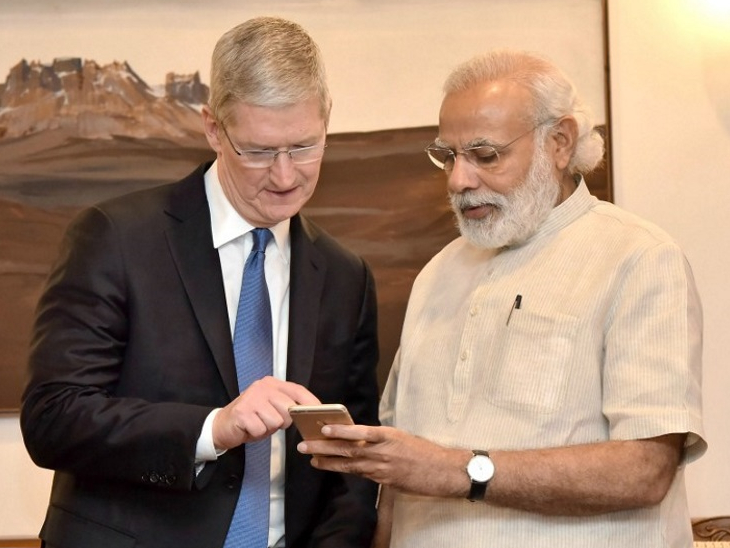 Prime Minister Narendra Modi is going on a three-day US visit. They will reach Washington DC on 22nd September. Here he will meet US President Joe Biden and Vice President Kamala Harris. The PM will also meet Australian Prime Minister Scott Morrison and Japanese counterpart Yoshihide Suga on the same day. He will also meet executives of American companies.

It is believed that he will also meet Apple CEO Tim Cook. According to reports, talks can also be held between PM Modi and President Biden on many other issues including Afghanistan, Kovid-19, climate change, Indo-Pacific region, terrorism.

Cook in Beijing now
Tim Cook is currently in Beijing. Cook on May 13 announced a $1 billion investment in Chinese app-based taxi service company Didi Chuxing. They may return to the country later this week. He is likely to meet Prime Minister Modi here. Sources have also confirmed this.

Click here to know the features and specifications of the iPhone 13 series.