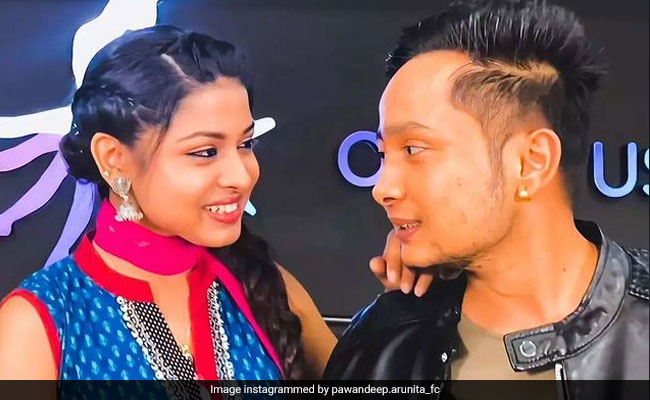 These days, the pair of Pawandeep Rajan and Arunita Kanjilal have rocked social media. The stars of Indian Idol 12 are making a lot of headlines for their singing as well as their chemistry. In the past, many of his dance videos went viral, fans also saw a special reaction to these videos. At the same time, a video has surfaced of both of them practicing the song, in this video Pawandeep is seen dedicating the song of ‘Hum Dil De Chuke’ to Arunita. This video has made a splash on the internet.

This video is making a splash on social media
A video is becoming increasingly viral on social media where both the stars are seen doing their exercises. In this video, Pawandeep Rajan is seen holding the guitar, while Arunita is also seen shaking her voice. In the video you can see that Arunita is heard singing the most popular song ‘Dil De Chuke Sanam’. Fans are particularly liking this style of both the stars.

Pawandeep has been the winner of Indian Idol
Let us tell you that Pawandeep Rajan won the title of Indian Idol 12. While Arunita Kanjilal was the runner up. During the show, the fans showered their love on both of them. The show may have ended, but the popularity of both remains intact. During the show, apart from the singing of both, the romantic angle was also seen. Sometimes dance videos of both of them and sometimes practice videos are dominated on social media.