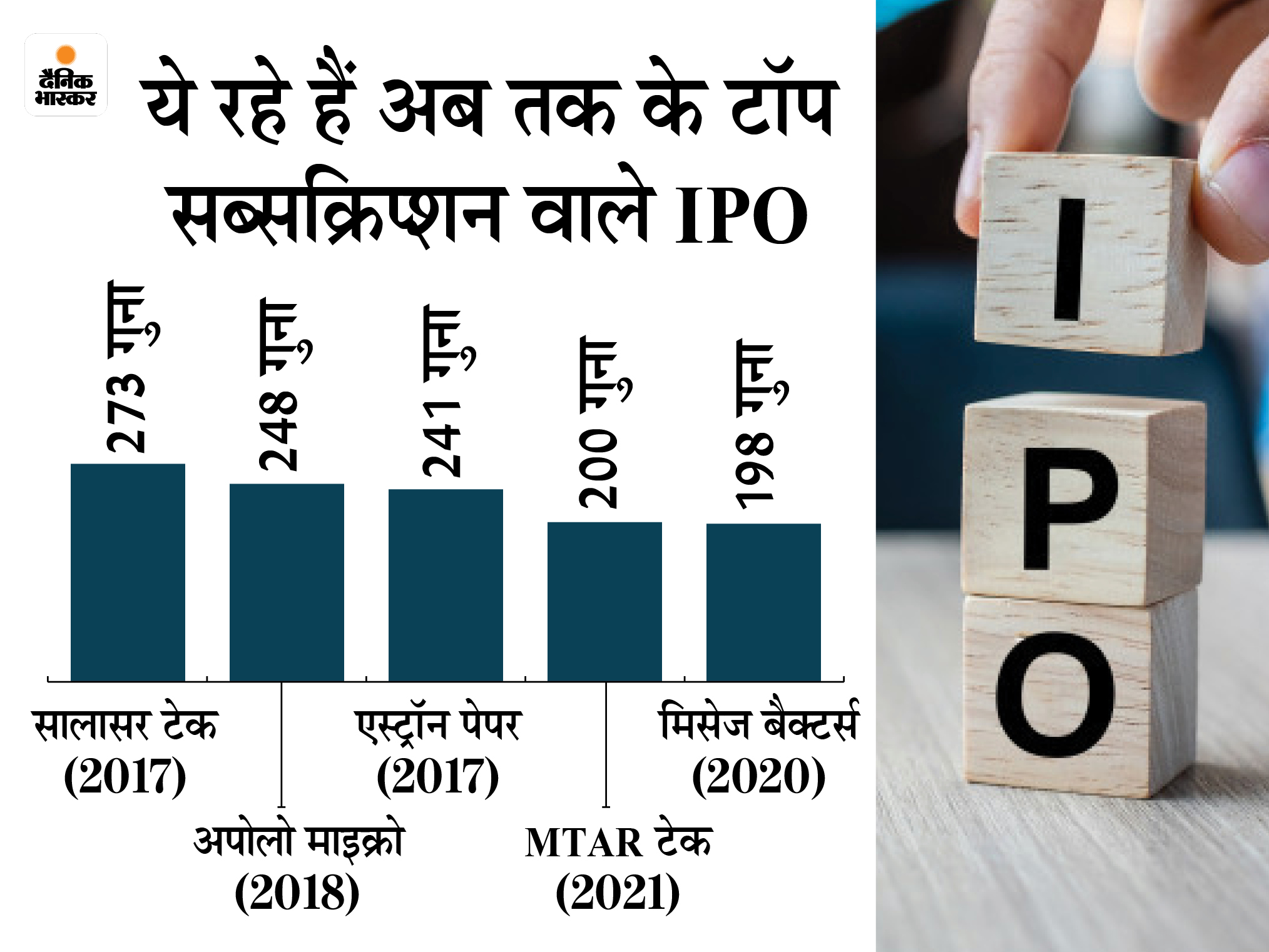 Paras Defense’s IPO has broken all records. Paras Defense’s IPO total has closed by filling 304 times. Retail investors’ share is full 112 times. The share of Non Institutional Investor (NII) is filled 927 times. While the share of Qualified Institutional Buyers (QIBs) is filled 169 times. The allotment of shares will take place on September 28. The company’s shares will be listed on the exchange on October 1.

This happened for the first time in the history of IPO
This is the first time in the history of Indian IPO. Earlier, the record of highest subscription was in the name of Salasar Tech. In 2017, the IPO of this company was filled 273 times. However, till now there have been 4 companies that got more than 200 times response. In 2018, Apollo Micro got a response of 248 times, Astron Paper 241 times in 2017 and MTAR’s IPO got a response of 200 times in the same year. Last year Mrs. Bacter’s IPO was subscribed 198 times.

Issue came at a price of Rs 165 to 175
The company had brought IPO at a price of Rs 165 to 175. The company’s IPO is quite expensive. It is coming in at a PE (Price to Earnings) of 42. That is, investors are paying Rs 42 for one rupee share. Also, its revenue and profit have decreased continuously in the last three years. Many brokerage houses have advised to stay away from this issue.

71.40 lakh shares issued
Paras Defense had issued a total of 71.40 lakh shares in the IPO. In return, it has received bids for 217.02 crore shares. That is, in lieu of Rs 170 crore, the company has got a bid for more than Rs 38 thousand crore. Before the opening of the IPO, fund houses of the country and other institutional investors had bid fiercely among the anchor investors. For anchor investors, the company had issued 29.27 lakh shares at a price of Rs 175.