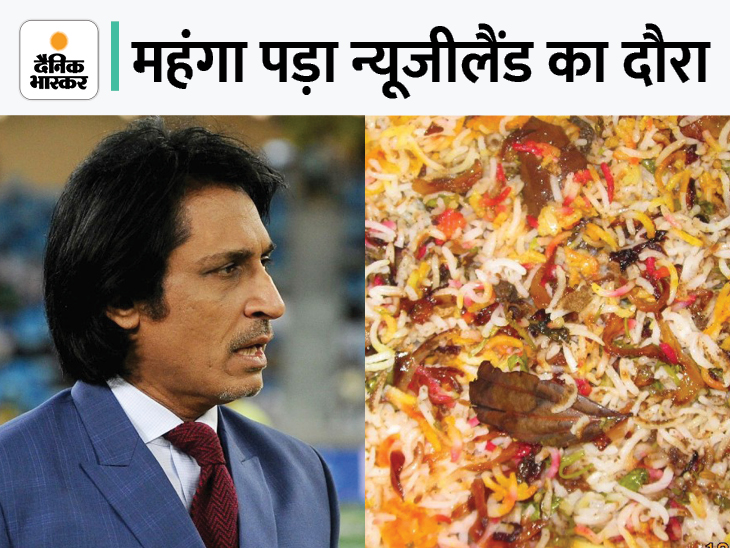 The New Zealand cricket team went on a tour of Pakistan a few days ago. 3 ODIs and 5 T20 matches were to be played on this tour. But New Zealand canceled the tour of Pakistan citing security reasons. The Kiwi Cricket Board took this decision 30 minutes before the start of the first ODI in Rawalpindi.

The ruckus in Pakistan over this decision of New Zealand is not taking the name of calm. Pakistani cricket fans accused New Zealand of cheating. Now another matter related to this tour has come to the fore, which is being discussed a lot.

Biryani was served twice a day to 500 policemen
According to the report of Pakistani media, a bill of Rs 28 lakh has come for the food and drink of the security team engaged in the security of New Zealand cricket players. The Kiwi team stayed for 8 days in a hotel in Islamabad. About 500 policemen were deployed in their security. Biryani used to come twice a day for them. The bill for 8 days has come to Rs 28 lakh.

Finance department did not pass the bill
The matter came to light when the bill was sent to the Finance Department for passage. When such a huge amount came to light during the investigation here, the bill was stopped from being passed. There is uncertainty about the veracity of the bill, as there is no official statement on it yet.

New Zealand and England have recently canceled their tour of Pakistan due to security reasons.

Imran Khan gave assurance of security
Pakistan had tried its best to save this tour. Pakistan Prime Minister Imran Khan had also called New Zealand Prime Minister Jacinda Ardern and promised full assurance of security. Imran had said that Pakistan has the best intelligence system in the world and there is no threat to the Kiwi team. But it did not work.

Pakistan forced to play home matches in UAE
Pakistan was forced to play its home match in UAE. For the last few years, Pakistan again started organizing international matches in their cities, after which teams like South Africa, West Indies, Zimbabwe also played in Pakistan.