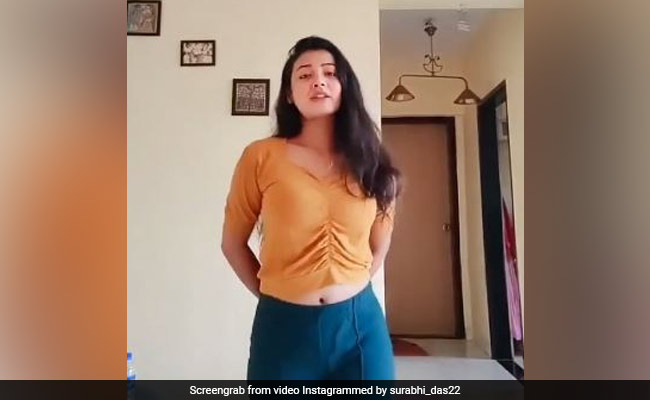 The serial ‘Nima Denzongpa’, which started on Colors channel, is gaining new heights of popularity. ‘Nima Denzongpa’ has been included in TRP’s top 10 list and is gaining tremendous popularity among fans. Surabhi Das, who is playing the role of Nima Denzongpa in the serial, has also made a place in the hearts of fans with her acting. But as much as Surbhi Das performs, her dance videos are equally popular. He is active on the Instagram reel, and his dance on the song ‘Do Ghunt’ was also well-liked.

Please tell that 23-year-old Surbhi Das is a resident of Nalbari in Assam. She started her career as a model. Interestingly, she was a kindergarten teacher before venturing into the world of glamor. Surbhi Das has also worked in the Assamese television serial ‘Parineeta (2019)’. He also has a YouTube channel. She has also worked in music videos.

The story of the serial ‘Nima Denzongpa’ is of Nima who hails from Sikkim. After marriage, she shifts to Mumbai so that she can live with her husband. But the kind of discrimination he has to face when he comes here, this serial presents his story. ‘Nima Denzongpa’ has started on Colors channel from August 21, 2021.