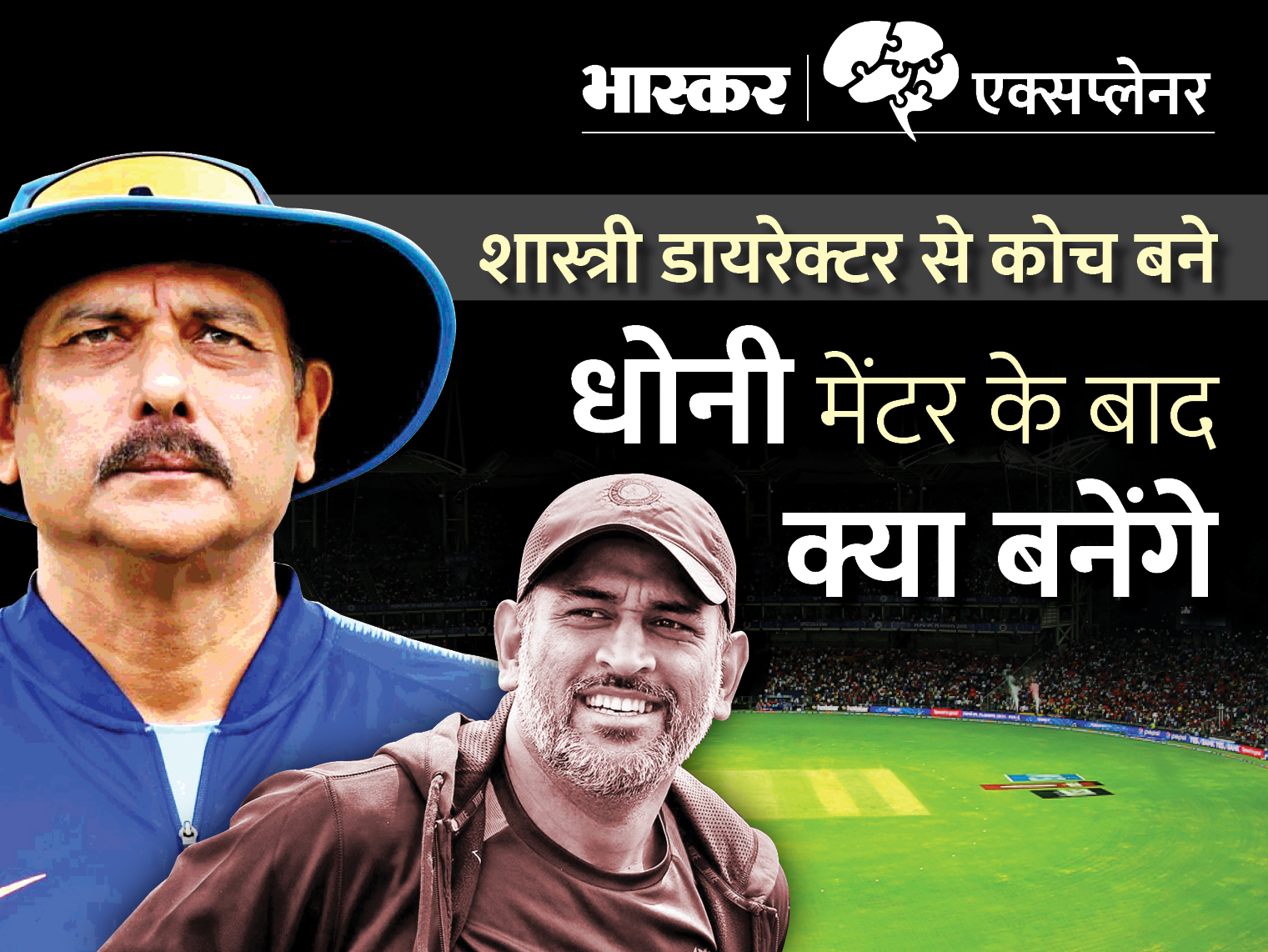 Mahendra Singh Dhoni will be seen in the Indian dugout during the T20 World Cup. He has been made the mentor of the team. Dhoni’s fans are happy with this announcement of BCCI. Following this move, some experts are looking at Dhoni as the coach of the future. At the same time, former cricketer Ajay Jadeja has raised questions on this decision.

What is the role of a mentor in a team? How important will Dhoni’s role be under Shastri? Is this the first step in preparing to make Dhoni the coach? Will this move by BCCI be considered a seal on the failure of the Kohli-Shastri duo? Let’s understand…

What is a mentor?
Mentors are appointed to help the players. It is such a former player who helps to improve the game of those players with his experience and expertise. The mentor works with players and sports staff to create tactics to win matches.

What does Dhoni’s return as a mentor to Team India mean?
Under Dhoni’s captaincy, Team India has won three ICC trophies in limited overs events. 2007 T20 World Cup, 2011 ODI World Cup and 2013 ICC Champions Trophy. India has not won any ICC event after 2013. Even after retirement from international cricket, Dhoni is active in cricket. He is captaining Chennai Super Kings in IPL. That is, he is fully aware of the demands of the current T20 cricket. Everyone is in awe of his Captain Cool image and his understanding of the game. Team India can benefit greatly from his ability to read the game.

Former cricketer and former selector Ashok Malhotra says that while being a coach, the job of a mentor is only to give advice. I believe that Dhoni has been added as a mentor in the T20 World Cup because the pair of Virat and Shastri has not been able to win India in big tournaments. At the same time, Dhoni has led India in ODI and T20 World Cup under his captaincy. There will be a different enthusiasm among the players just because of him being in the dressing room.

What will be the role of Dhoni?
The pitch is expected to be spinner friendly during the World Cup to be held in UAE. For this reason, 5 spinners have been selected in Team India. During the IPL, Dhoni is seen helping the Chennai spinners to bowl better against the batsman. In such a situation, it is expected that his presence in the dugout will benefit the team. Being a part of the team think-tank, Dhoni will also help Virat Kohli take decisions. Most of the players included in the current team have also played under Dhoni’s captaincy. In such a situation, these players will benefit from being in Dhoni’s dressing room.

Why is this move of BCCI being called a master stroke?
Head coach Ravi Shastri’s tenure is ending after the T20 World Cup. BCCI is no longer in the mood to extend Shastri’s tenure. Dhoni’s appointment will act as a gap arrangement. Dhoni’s relationship with Kohli and Shastri has been very good. Dhoni is still playing IPL. In such a situation, the benefit of his experience can also be given to the team.

After how long will Dhoni be seen in the Indian dugout?
Dhoni played the last T20 match of his career on 27 February 2019. At the same time, in ODIs, he took the field for the last time on 9 July 2019. That is, after about 32 months, Dhoni will be seen in the dugout of Team India in the T20 match. The last match of Dhoni’s career was the semi-final of the ODI World Cup. Now he is returning to the Indian dressing room from the World Cup itself.

Is this the first step in preparing to make Dhoni the coach?
Ravi Shastri was the director of Team India during the 2016 T20 World Cup. Shastri, who was made the team’s director in 2014, left the team after the World Cup, but returned only a year later as the team’s head coach. He is the coach of the team for the last four years. It is being said that after the T20 World Cup, Shastri and his assistant coaching staff may be separated from the team.

In such a situation, the team will need a new coaching group. The name of former captain Rahul Dravid has been in discussion for a long time regarding the new coach of the team. Dravid has been the coach of India A. At present he is the chief of the National Cricket Academy (NCA), but it is being said about Dravid that he wants to continue as the NCA chief. In such a situation, Dhoni can be included in the contenders to become the coach after the World Cup. However, it will depend on what kind of bonding they have with the team as their mentor. Anyway, Shastri’s bonding with the team as director also benefited him in becoming his coach.

Ashok Malhotra says that I believe that he can also be given the responsibility of coach in future. Since Rahul Dravid is willing to take over the responsibility of NCA. On the other hand, Shastri has spoken of being relieved of the role of coach after the T20 World Cup. In such a situation, future possibilities are being explored by appointing Dhoni as a mentor. He was added as the team director before Shastri was made the coach.

So have the Kohli-Shastri duo not been successful in limited overs cricket?
India has not won any ICC trophy under Kohli’s captaincy. They were defeated by Pakistan in the final of the 2017 Champions Trophy. Team India was defeated by New Zealand in the semi-finals of the 2019 ODI World Cup.