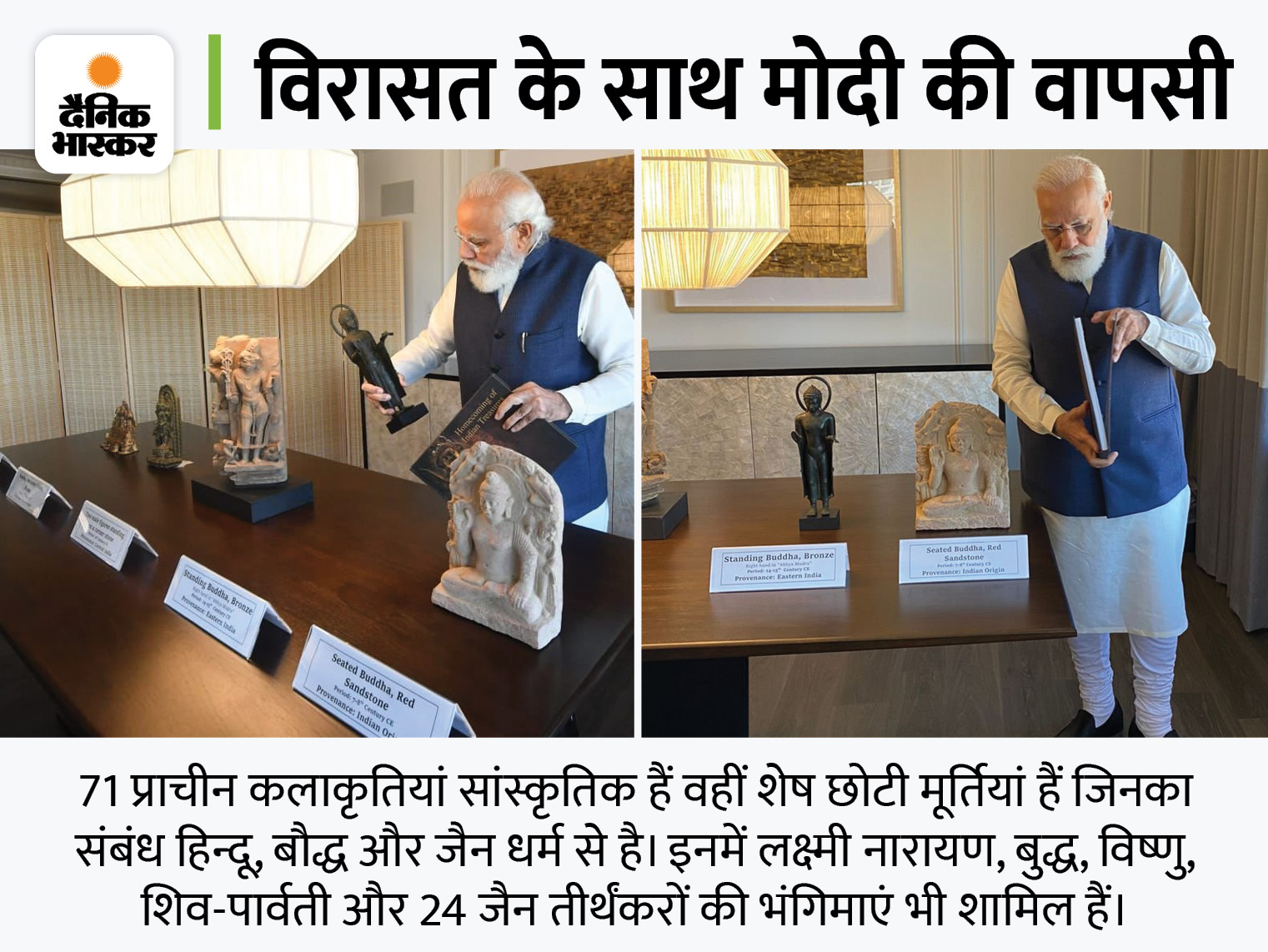 Prime Minister Narendra Modi left for Delhi from John F Kennedy International Airport late Saturday evening after completing his 4-day visit to America. Before the departure of the Prime Minister, US President Joe Biden sent him off with a special gift. Biden handed over 157 artefacts and antiquities to Modi. These date back to the second to the 18th century.

Expressing happiness over the return of these artifacts, Prime Minister Modi thanked President Biden. Modi said that artefacts and antiquities are invaluable heritage of any country. Keeping them safe and protected is the protection of our cultural heritage. India and the United States are committed to further strengthen their efforts to combat the theft, trafficking and trafficking of cultural heritage.

These 157 artifacts and antiquities range from a one and a half meter sandstone carving from the 10th century to the exquisite 12th century bronze statue of Nataraja, 8.5 cm high.

According to the Prime Minister’s Office (PMO), most of these items date back to the 11th to 14th centuries. These are all historical. These include an anthropomorphic copper object dating back to 2000 BC or a terracotta vase from the 2nd century.

About 71 ancient artefacts are cultural, while the rest are small sculptures, which are related to Hinduism, Buddhism and Jainism. All of them are made of metal, stone and terracotta. The bronze objects include the poses of Lakshmi Narayan, Buddha, Vishnu, Shiva-Parvati and 24 Jain Tirthankaras. Many other artifacts are also included which include Kanakalamurthy, Brahmi and Nandikesa.

The PMO said that this is part of the central government’s efforts to bring back the country’s ancient artefacts and mythological objects from different parts of the world to India.