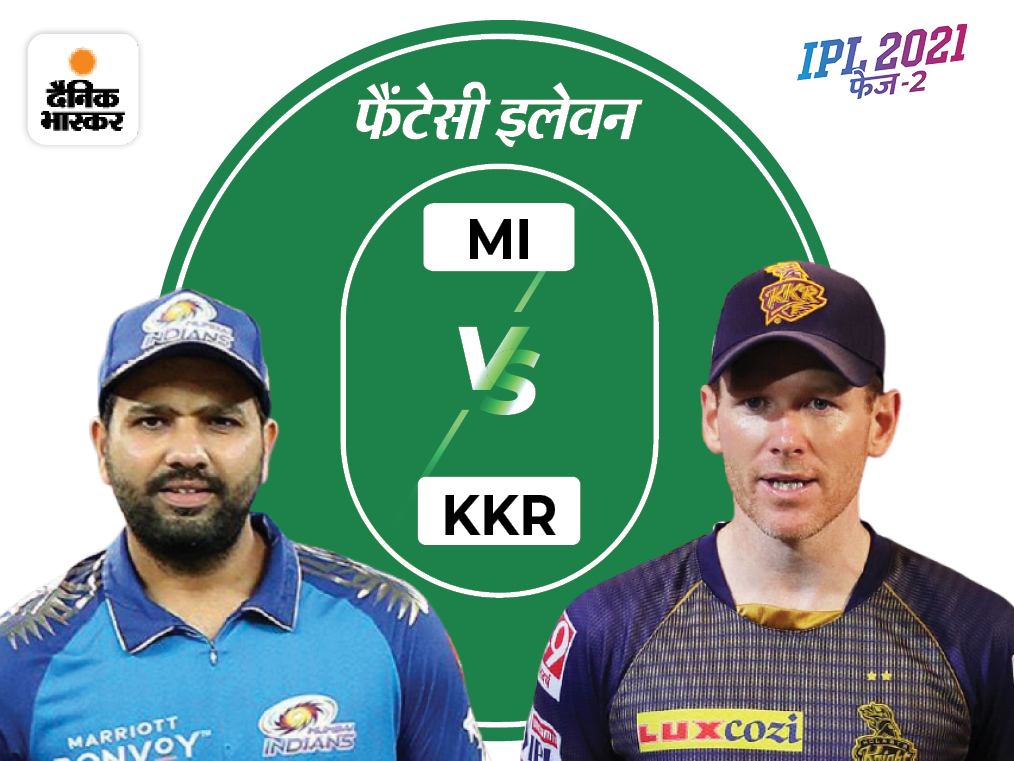 Mumbai Indians will face Kolkata Knight Riders on Thursday in IPL 2021. Mumbai suffered a one-sided defeat against CSK in the first match of Phase 2, while KKR will take the field with the confidence of a big win in the previous match. Both Mumbai and Kolkata teams have an army of star players. Let’s try to know which players can be important in this high voltage match in terms of Fantasy-11.

pitch report
This 34th match of the tournament will be played on the ground of Abu Dhabi. The pitch of this ground is always considered beneficial for fast bowlers. In the last match played between KKR and RCB, 6 wickets came in the account of fast bowlers. This ground has been very lucky for KKR. In IPL 13, the team won five out of 8 matches in Abu Dhabi.

wicketkeepers
Mumbai Indians’ Ishan Kishan can be included as a wicketkeeper in this match. Ishaan has shown a great game recently and has also been selected in Team India for the T20 World Cup. Ishaan can get more points.

batsman
KKR captain ON Morgan and Shubman Gill as batsmen for Fantasy-11. On the other hand, Mumbai Indians can bet on Quinton de Kock and Surya Kumar Yadav. These four players play an important role in their respective teams. In the last match, de Kock played a quick innings of 38 runs. Although Surya Kumar Yadav’s bat looked calm, but if the previous innings is removed, then his current form has also been very good.

For Kolkata, Shubman Gill played an attractive innings of 48 runs in the last match and Captain Morgan could not even get a chance to bat. These four players can get better points in the batting line-up.

all-rounders
As all-rounders, Kieron Pollard of Mumbai and Andre Russell of KKR can be given a place in Fantasy-11 in this match. Pollard can play the role of a game changer with both the ball and the bat, while Russell’s magic was seen in the last match as well. Against RCB, Russell took three wickets giving only 9 runs. Andre Russell can prove to be very important on the wicket of Abu Dhabi.

bowlers
Varun Chakravarthy, Rahul Chahar, Adam Milne and Jasprit Bumrah can be included in the bowling department for Fantasy-11. Chakraborty took 3 wickets against RCB. At the same time, two wickets each came in the account of Milne and Bumrah. Talking about Chahar, he is the highest wicket-taker for Mumbai in the current season. Also last year in UAE, he took 15 wickets in his name.