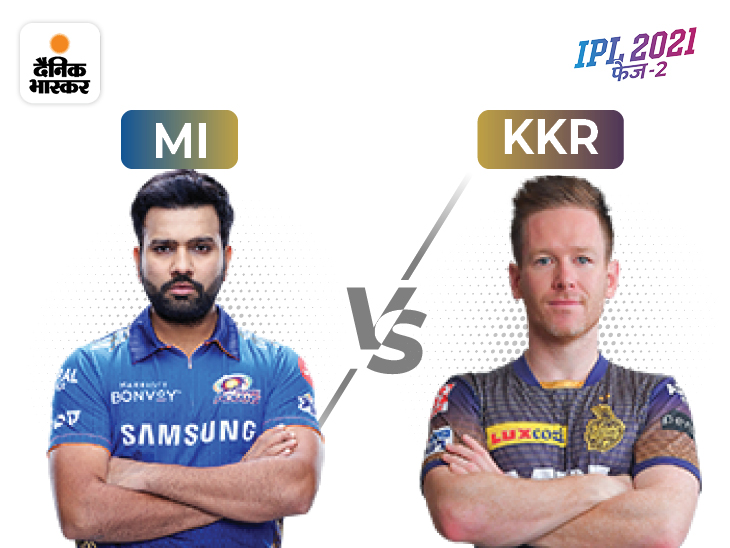 Mumbai Indians (MI), the five-time champion team, will face the two-time winner Kolkata Knight Riders (KKR) on Thursday in Phase-2 of the IPL. If Mumbai gets a win in this match, then it will move to the third place in the points table with 10 points. On the other hand, if Kolkata wins, it will occupy number-4 and Mumbai will be out of top-4. It is not yet decided whether Mumbai captain Rohit Sharma and all-rounder Hardik Pandya will play in this match. Both of them did not even play in the first match of Phase-2 against Chennai.

Trent Boult maintains suspense
In the press conference held a day before the match, Mumbai pacer Trent Boult did not reveal whether captain Rohit Sharma and Hardik Pandya would play. It is definitely believed that the hope of playing Rohit Sharma is high. Rohit has also been Mumbai’s most successful batsman against Kolkata since the 2019 season. (view graphics)

Bumrah can be a weapon against Russell
Kolkata has a destructive all-rounder in the form of Andre Russell. Russell has the power to change the direction and condition of the match in a few balls with the bat. However, in the form of Jasprit Bumrah, Mumbai has a strong weapon to stop Russell. Bumrah has so far bowled 51 deliveries against Russell in the IPL and conceded just 51 runs. He has dismissed Russell three times during this period. On the other hand Dinesh Karthik can prove to be Bumrah’s bite in this match. Karthik has played 33 balls against Bumrah and scored 54 runs without getting out even once.

Russell’s bowling comes in handy against Pollard
Kieron Pollard is considered to be Mumbai’s death over specialist batsman. When he comes to bat, it is possible that Kolkata captain Oen Morgan will call Andre Russell to bowl. Russell has so far bowled 25 balls to Pollard in the IPL and has spent only 16 runs. He has also dismissed Pollard once.

Rohit Sharma has a chance to make a special record
If Rohit Sharma plays in this match and can score 18 runs, then he will become the first batsman to score 1000 runs against a team in IPL. He has scored 982 runs against KKR so far. He averages 46.76 against this team and has a strike rate of 133.06.