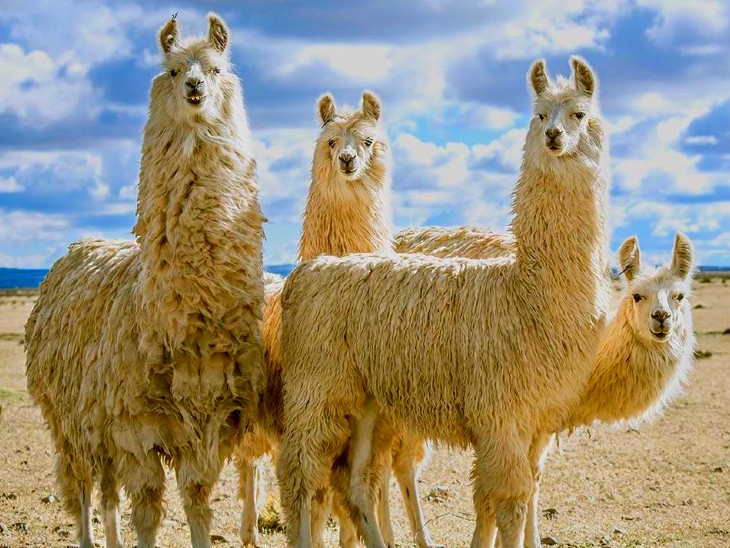 Nanobodies made in the body of a llama ie camel found in South America can help humans fight corona. Scientists say that nanobodies are made up of proteins. This virus-fighting protein can be given as a spray in the nose of corona victims. These nanobodies are only one type of antibodies.

According to researchers from the Rosalind Franklin Institute in Oxfordshire, who conducted the research, the nanobodies made in these American camels can fight different variants of the corona. Giving these nanobodies to corona-infected animals reduced their symptoms.

These nanobodies can be made on a large scale in the lab, which can prove to be a cheap and easily available alternative to human antibodies for humans.

The American camel llama is also called Fifi. During the experiment, when the spike protein of the corona was injected into them, they did not fall ill and the nanobodies made in their body defeated the coronavirus.

used this way
According to research published in the journal Nature Communication, nanobodies continue to be made in the body of llamas. Corona’s spike protein was released in his body for research. They did not become ill even after the spike protein reached the body, instead their body made nanobodies to beat the virus and was successful in stopping the corona. Vaccines also work in a similar way in humans.

Scientists took blood samples of llamas. Out of this, 4 nanobodies were isolated which managed to stop the corona. After taking samples, similar nanobodies were prepared in the lab. During research, it was found that these nanobodies increase their capacity by forming a chain and prevent the corona from spreading infection.

Easy to prepare and give to patient
Deputy Director of the National Infection Service at Public Health England, Prof. Miles Carroll says, these nanobodies are effective in defeating Corona. The unique structure and strength of nanobodies help prevent and treat COVID. With the help of clinical studies, efforts are being made to understand it further.

According to researcher Ray Owens of the Rosalind Frankin Institute, nanobodies have more advantages than human antibodies. It is easy to prepare them. It can be given directly to the patient through nebulizer or nasal spray.

Before this, another infected patient was being treated by taking antibodies from patients recovering from corona. This process can be made easier with the help of nasal spray.

Human trial preparation
Researchers are now preparing for its human trial. For this, funding has been tied up with Liverpool University, Oxford University and Public Health England. Together they will start human trials of nanobodies. Earlier research from the University of Pittsburgh and the University of Texas has proved that the nanobodies of llamas are effective in stopping the virus.