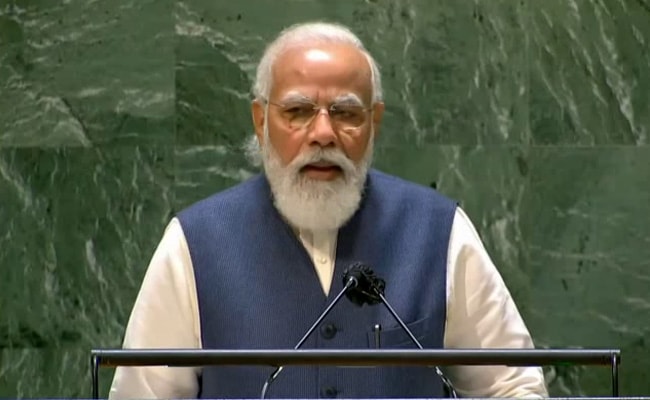 The PM also paid tribute to all those who have lost their lives in the pandemic.

India has developed the first DNA vaccine, can be given to those above 12 years: PM Modi

PM Modi said that our thousands of years of great tradition of democracy has entered India’s 75th year of independence on this 15th August. Our diversity is the hallmark of our strong democracy. A country which has dozens of languages, hundreds of dialects, different lifestyles and food. This is a great example of Vibrant Democracy. PM Modi said that polluted water is a big problem not only for India but for the whole world. To counter this challenge, we are running a massive campaign to provide clean, drinking water to over 170 million households across India.

Modi said, “I will soon complete 20 years of serving my countrymen as the head of the government. First, as the longest-serving Chief Minister of Gujarat and then as the Prime Minister for the last seven years.” He said that this is the gift of democracy.

PM Modi said that today the danger of Regressive Thinking and Extremism is increasing in front of the world. In these circumstances, the whole world has to make (Science-Based) Science-Based, Rational and Progressive Thinking as the basis of development. With Regressive Thinking, countries that are using terrorism as a political tool, they have to understand that terrorism is an equally big threat to them. PM Modi said that it is necessary that we continuously strengthen the UN for the protection of Global Order, Global Laws and Global Values.