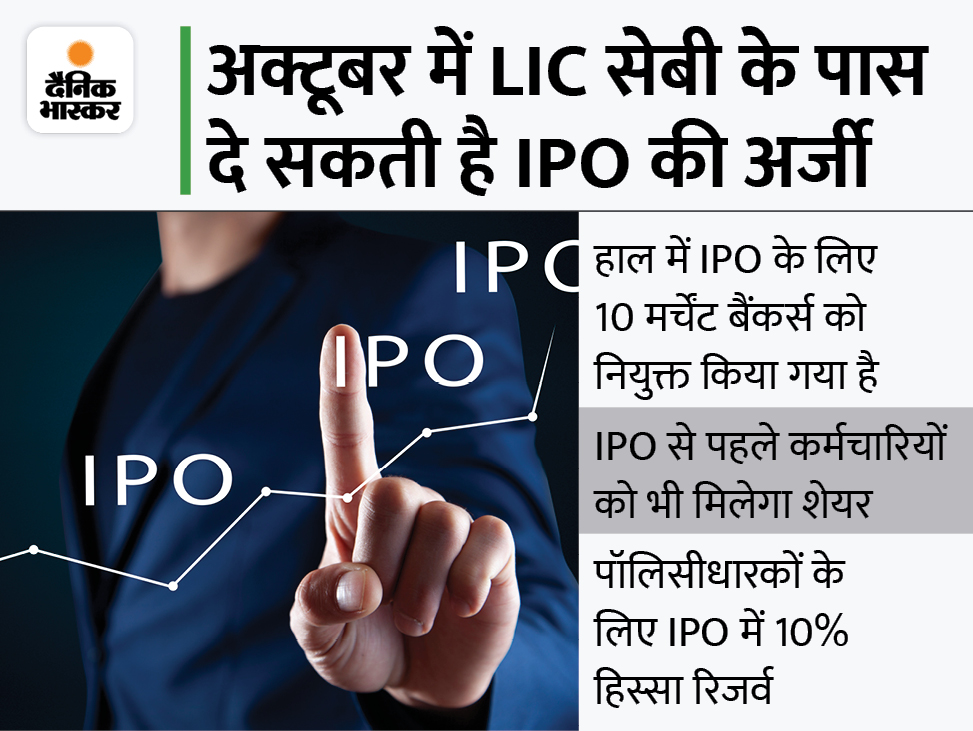 The IPO of the country’s largest insurance company Life Insurance Corporation of India (LIC) will come by the end of December. Even if it is delayed, it can be brought in early January. This is happening after the warning of Finance Minister Nirmala Sitharaman. For this, LIC has accelerated the process of bringing IPO.

Either way IPO plans to be brought by December

According to sources, the government wants to bring LIC’s IPO by any means by December. Necessary instructions have been given to LIC for this. This is the reason why LIC has started expediting this matter. In its first phase, 10 merchant bankers were finalized last week. It has both domestic and foreign merchant bankers.

LIC is gearing up to overcome the IPO by any means. That is why it has appointed 10 merchant bankers. Major merchant bankers of LIC include Goldman, Citigroup, Nomura, SBI Capital, JM Financial, Axis Capital, Bank of America, JP Morgan, ICICI Securities and Kotak Mahindra Capital.

DRHP may file in October

According to sources, LIC is likely to file a draft red herring prospectus (DRHP) with SEBI in the first week of October in this regard. The government is also opening the way for foreign investors in LIC. It is reported that the government may give 20% stake to foreign investors. For this, changes will be made in the LIC Act.

Biggest IPO in the country

This IPO will be the biggest IPO ever in the country. Through this, the government can raise 80 to 90 thousand crore rupees. The government has set a target of raising Rs 1.75 lakh crore in this current financial year, in which LIC will be a major contributor. LIC has 32 crore policies. There are 12 lakh agents. There are 1.14 lakh employees. Its total assets are Rs 34 lakh crore. LIC has subsidiaries in Singapore, Bahrain, Kenya, Lanka, Nepal, Saudi Arabia and Bangladesh. By selling its 10% stake, the government can get 1 to 1.15 lakh crore rupees.

Shareholders may get surplus

On the other hand, before the IPO of LIC, the government can change the rules to distribute the surplus money to the shareholders. The Finance Department and the Public Asset Management Agency (DIPAM) are working on this. At present LIC switches 5% of its surplus to shareholders’ fund. The remaining 95% is deposited directly into the policyholder’s fund. Surplus will be assessed after all liabilities.