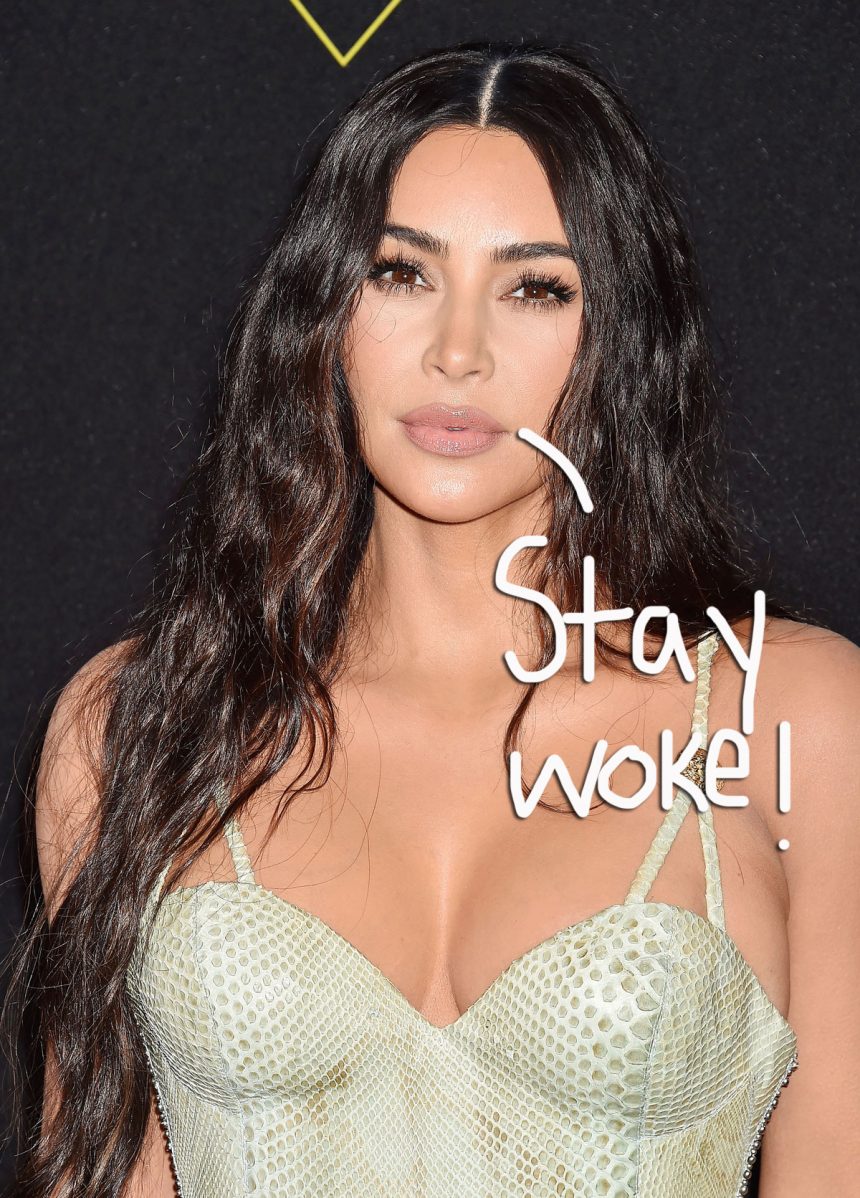 Kim Kardashian West is causing quite the ruckus on social media concerning all this Coronavirus stuff… and we’re honestly a little shook over this one!

The KUWTK reality TV star took to Twitter late on Wednesday night to share a photo she says older sis Kourtney Kardashian shared in the fam’s group chat. And very quickly the pic — of a book passage about a worldwide pandemic — caught the attention of thousands of conspiracy theorists, Coronavirus skeptics, and more!

Related: Kim’s Chaotic Kids Video Is Something Every Parent Knows All Too Well…

As you can see (below), the pic is pulled from a Facebook post claiming the book passage to be more than a decade old, and written by psychic Sylvia Brown:

Kourtney just sent this on our group chat pic.twitter.com/XyjGajY71d

The passage in question reads:

“In around 2020 a severe pneumonia-like illness will spread throughout the globe, attacking the lungs and the bronchial tubes and resisting all known treatments. Almost more baffling than the illness itself will be the fact that it will suddenly vanish as quickly as it arrived, attack again ten years later, and then disappear completely.”

Hmmm… Obviously, that passage is sort of general “a pneumonia-like illness,” but it’s also pretty specific in its details of a globe-wide pandemic, which is what we’re all dealing with now. Creepy! And it’s supposed to come back in a decade?! Even weirder!

Related: Kim Kardashian Wants To Become A Lawyer For WHAT Reason?!

As you can see in Kim’s pic, the quote was first posted on Facebook with Brown as the alleged author. But very quickly after the beauty maven’s tweet, followers pointed out where the passage actually originated… a Dean Koontz-authored book called The Eyes of Darkness:

Brown or Koontz, psychic or not, things like this are FREAKY! To think that a random author inadvertently (?!) predicted the rise of the illness about 40 years before hit happened… *shudders*

Preparing For The Pandemic

As we’ve been reporting over the last couple weeks, Coronavirus continues to spread across the globe, with thousands of regular people and even some famous ones now suffering the illness. Late on Wednesday night, the NBA suspended all the games for the rest of its season; several days ago, Coachella, Stagecoach, and other major music festivals postponed their spring events until the fall. You can likely expect many more cancellations, schedule changes, and other new policies across the country as the virus continues to spread.

All we can say, Perezcious readers, is be safe, avoid crowds, get plenty of rest, and wash your hands! Here’s hoping this thing runs its course pretty quickly, but every indication here suggests we could be in it for the long haul. Ugh. Get ready…