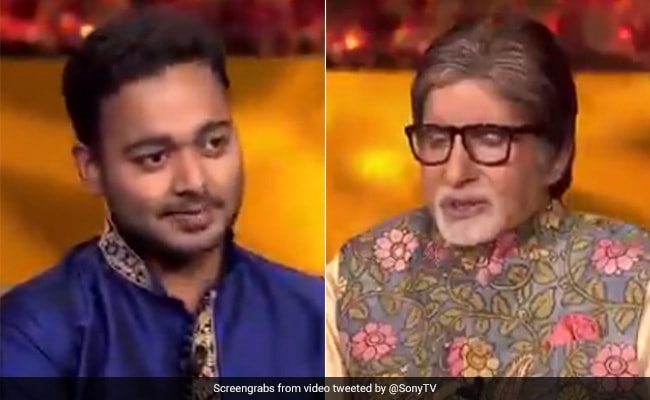 In the latest episode of Kaun Banega Crorepati 13 i.e. KBC 13, Sumit, a resident of Najafgarh, got to sit on the hotseat. Sumit is working in house keeping in Army Hospital, Delhi. Along with the job, he also studies and wants to become an IAS in future. The host of the show Amitabh Bachchan encouraged him a lot. Talking about the game, Sumit crossed the hurdle of Amitabh’s tough questions and won a sum of Rs 25 lakh. However, he could not answer the question of Rs 50 lakh and left the game. Overall Sumit did a great job…

In KBC 13, Amitabh Bachchan asked these questions to Sumeet…

Who among the following has not received Bharat Ratna?

Whose daughter was Razia Sultana, the first female ruler of Delhi?

For which IPL team this cricketer did not play?

What are the types of Dhruv, Chetak, Cheetah and Chinook used by the Indian Armed Forces?

Which state was represented by President Ram Nath Kovind as an all member state between 1994-2006?

The people of Malana village located in Himachal Pradesh, considered one of the oldest democracy in the world, consider themselves the soldiers of which ruler as their descendants? (Quit)