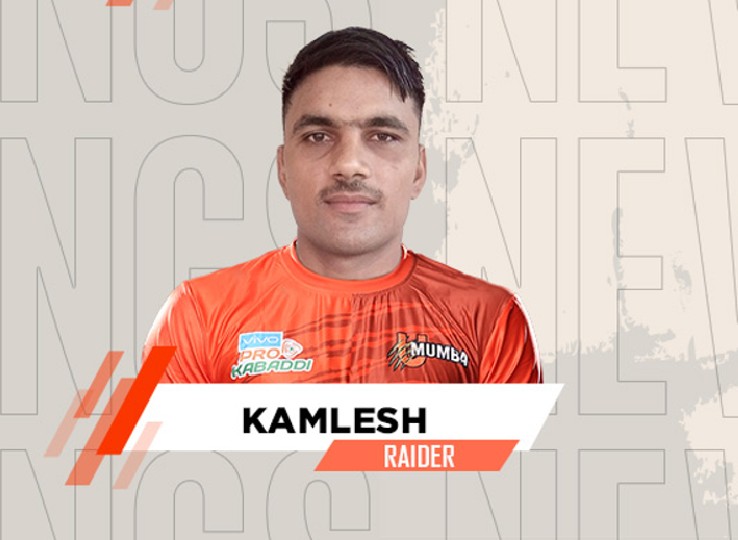 Chhore, a resident of Jalsu Khurd in Nagaur district of Rajasthan has created history. Kamlesh Jhunjhadia, a Kabaddi player and a soldier in the Indian Army, has been bought by the league’s strong team ‘U Mumba’ in the ongoing auction of Pro Kabaddi League today. He has also been selected as a main raider in the team. This information has also been shared on the Twitter handle of Pro Kabaddi League and ‘U Mumba’. As soon as this information has reached his village Jalsu Khurd, since then there is no place for happiness of family members and villagers. Everyone is sweetening each other’s mouth.

26-year-old Kamlesh’s father Bheruram Jhunjhadia and mother Bau Devi live in the same village. Father Bheruram first used to work as a rolling mill contractor in Gujarat, after that once Jalsu Khurd also became the sarpanch. At the same time, Kamlesh also did his studies from primary to eighth in Degana. During this his coach was Nimbaram Siak. About 3 years ago, Kamlesh was sent to the Sai Academy in Gujarat, India’s largest Kabaddi Academy, to prepare for Kabaddi. There he got selected in the army from the sports cell. After this, Kamlesh from the Army Department had applied for Pro Kabaddi from Gujarat last year, but he did not get success. But this time applied to U Mumba and he was bought.

Kamlesh keeps himself fit with the help of rigorous exercise every day.

Bid for Rs 8 lakh
In the Pro Kabaddi League auction, Kamlesh was bought by the U Mumba team as a main raider player in their team by bidding him for Rs 8 lakh. People in his village said that this is the first time that’s why his bid is a bit low, but when the whole country and the world will see this Nagori Chhore’s kabaddi, then next time his bid will be very high. At present, his selection was important and that has been done.