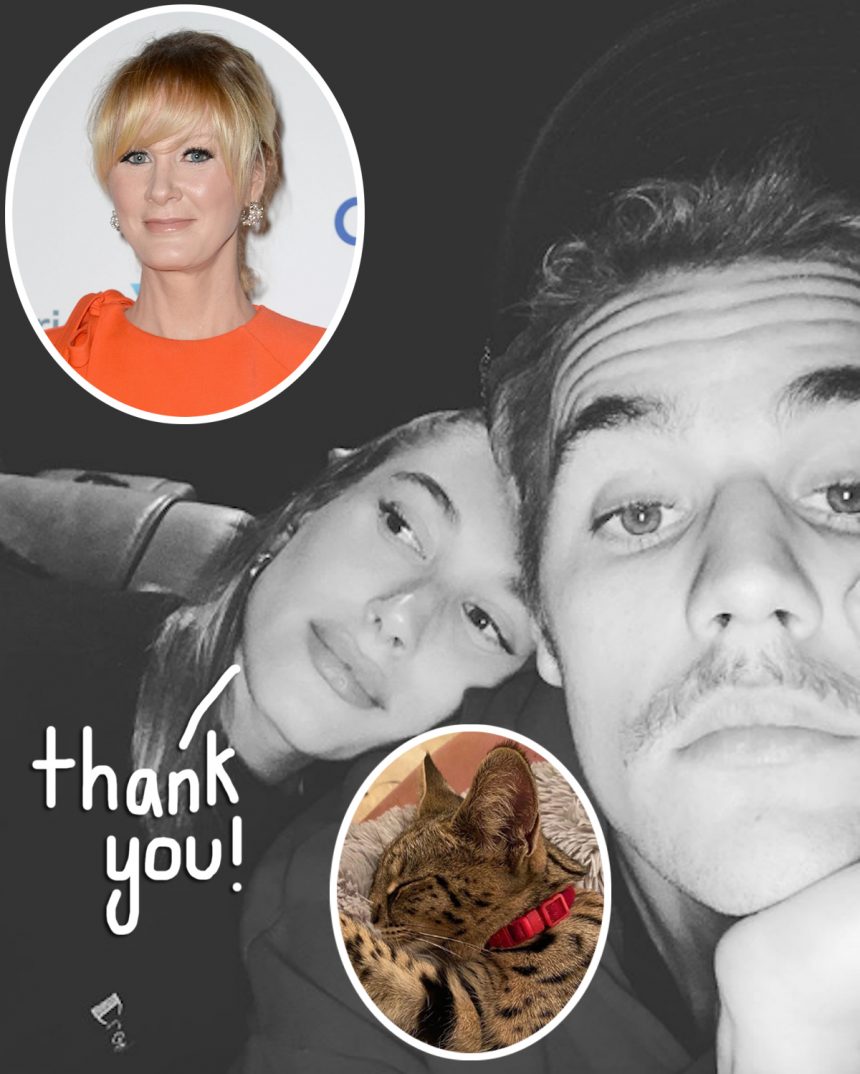 When we say El Lay is a small town, we mean it!!

Remember back when Justin and Hailey Bieber caught major heat for paying more than $35k for their (albeit, very cute) cats Sushi and Tuna? Well if you’ve noticed the cute kitties haven’t been spotted on social media for the past month or so, it’s because Sushi was missing.

Luckily, he has been found! And by none other than Sandra Lee!

On Friday, the Food Network star took to Instagram to explain how she came upon the famous feline:

“Guess what walked into my back yard last night? My best friend and I Had no idea what it was or who’s it was. The cat almost darted away, then all of a sudden It was all over us, so very thin, very emaciated but so sweet. And it was so beautiful … I was thinking…..That is not an ordinary cat.

She continued, describing what happened when she gave the phone number on Sushi’s collar a call. Little did she know who she was speaking with:

“I Thought the young man on the other end of the phone was going to either burst out in shrieks of joy or burst out in tears —he was so happy, shocked and stunned..
…still I no idea who it was… I swaddled the cat in a blankey and sat on the couch petting him while it slept for the 40 Min it took to have the owner come to my house.”

The 53-year-old jotted down what happened when she realized this was no ordinary cat:

“And guess what…… It was THE SUSHI! Didn’t realized SUSHI THE CAT was a whole thing!”

It seems like Lee really fell for the kitty, and definitely wants visitation rights. She concluded:

“Lost for 3 weeks ….all alone I can’t even imagine what Sushi’s three weeks of hell running up and down Beverly Hills mountains were like —There are so many wild animals in the canyon and I cannot believe he survived.

So now I am Aunt Sandy to Bieber Baby Lynx of a cat! Lesson to all… it you see some thing say some thing and if you see something do something! #justinbieber #haileybieber”

Ch-ch-check out Sandra’s full post (below) for the whole story:

Along with three VERY cute photos of his feline friend, Justin also provided an update on his IG:

“Almost a month ago, my pal sushi decided to run away, after weeks passing by Hailey and began to lose hope that our baby was gone 🙁 yesterday we got a call that somebody found our baby.. it had made it Miles and miles away! He looks extremely skinny and has a very sad miow, he is home now safe and sound! Thank you god for protecting him!”

Let’s hope Sushi and Tuna stay safe at home from now on with their mom and dad!