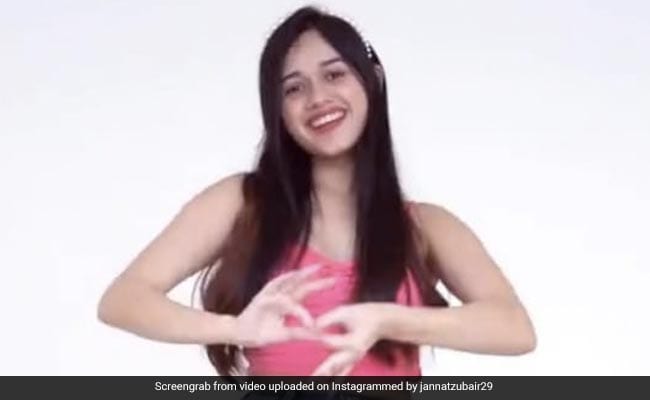 Actress Jannat Zubair is a well-known TV actress today. He has worked in many big TV serials. Along with this, he is also a social media star. He has a huge fan following on social media, who likes his every post. At the same time, Jannat is also seen sharing her dance videos for her fans. In this sequence, he has shared another video of his. In this video, she is seen doing a great dance on Kanika Kapoor’s ‘Madhuban’ song. While talking about her getup, she is wearing a pink top and blue jeans. Her dance looks great in this video.

Jannat Zubair has shared this video on Instagram. Fans are very fond of this dance video of her. One of his fans has written ‘Barbie in pink’, then someone has written ‘So beautiful’. With this, his video has been viewed 1.6 million times and so far more than 299 thousand likes have come on it.