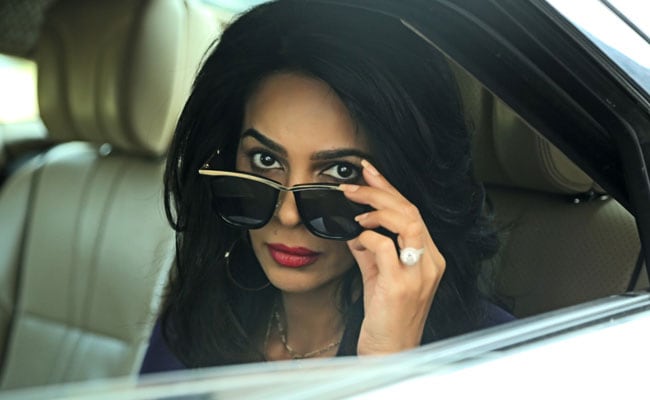 Despite living in the twenty-first century, it is still not an easy task for a woman to reach the top in her field. One such character is Mallika Sherawat playing the role of Zohra Mehra in MX Player’s series ‘Nakaab’. Zohra is a prominent and influential TV producer, whom Mallilka Sherawat says she finds very close to her character’s tenacity. But could it be that her character is inspired by real-life TV actress Ekta Kapoor?

Regarding this, Mallika Sherawat says, ‘I have a lot of respect for Ekta and everything that she has always achieved in a male dominated industry. And while many might like to make comparisons, my character Zohra is actually quite strong and I feel completely connected to her. All I can say is that it takes a lot of perseverance to make it on your own. As a single woman, it was tough, there are obstacles you may think you will never be able to overcome but in the end you make your way. Salute to all the women who are trying to make their own way.

The ‘Naqab’ web series sees Aditi Amre (Esha Gupta) tasked with the high-profile death of a prime-time television actress Vibha Dutta (Ankita Chakraborty), who is very close to Zohra Mehra (Mallika Sherawat). was close. Aditi’s dreary life is turned upside down when she starts revealing intricate details about the case. As Aditi sets out on this journey with her senior, Pawan Bisht (Gautam Rode), she discovers a part of her personality that she never knew existed within her.

The Soumik Sen directorial features an ensemble cast including Esha Gupta, Gautam Rode, Mallika Sherawat and Ankita Chakraborty, and is set to release on MX Player on September 15.