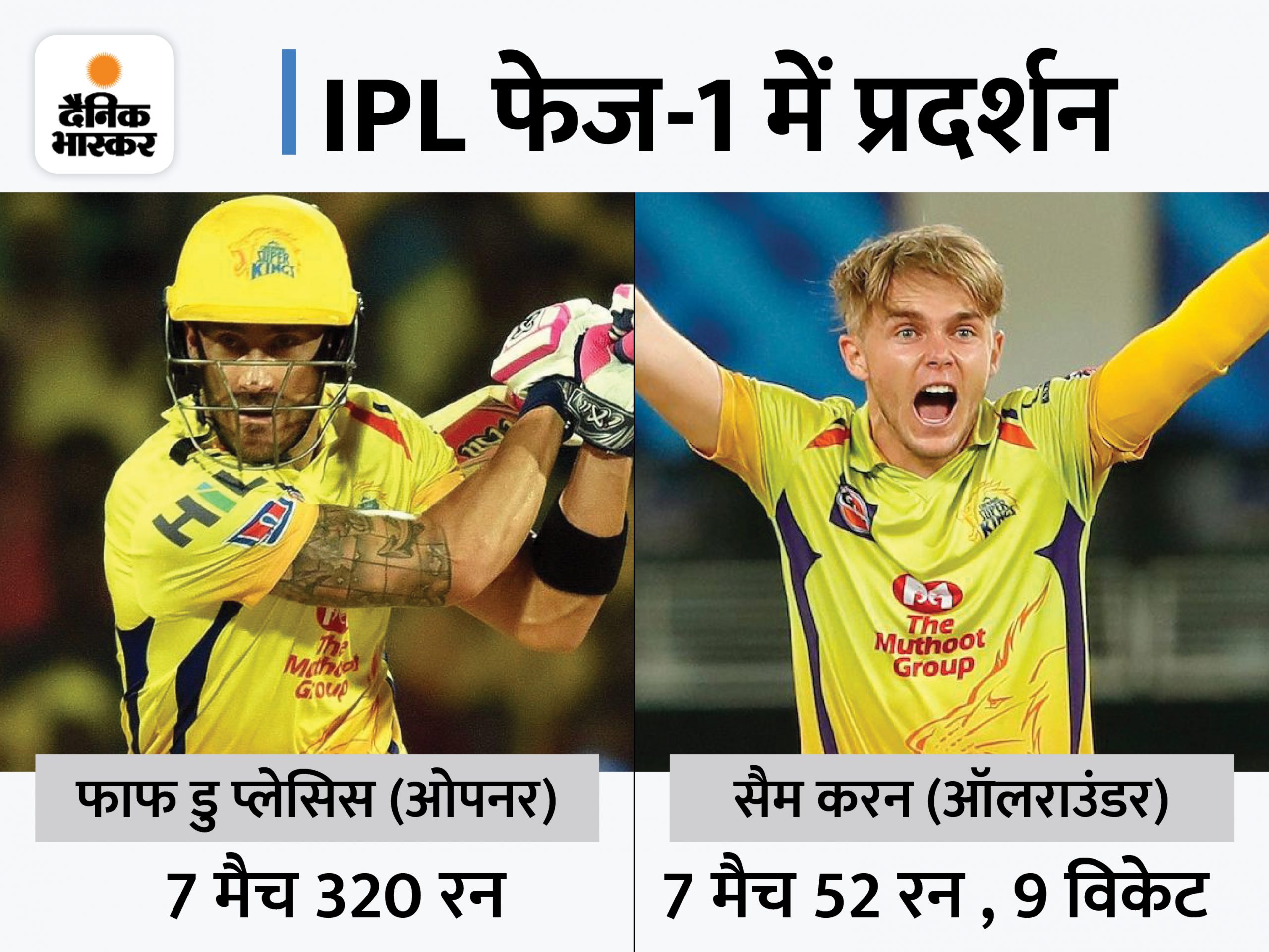 The second phase of IPL-14 is starting from September 19 and the first match will be between Chennai Super Kings and Mumbai Indians. Dhoni’s CSK has suffered two major setbacks before this match. His in-form opener Faf du Plessis has been injured. Sam Curran, playing in the England-India Test series, will be away from this match due to the quarantine rules.

Sam Curran could not reach UAE from England till Tuesday. Even if Sam Karan reaches UAE today, he will have to stay in Quarantine for 6 days. In such a situation, he will not be available for the team in the initial matches.

Opener Faf du Plessis has also been injured in the Caribbean Premier League. In such a situation, the chances of playing in the first match against Mumbai Indians are slim. He did not play in the semi-final match on Tuesday. There is a complaint of strain in his thigh muscles. This injury looks serious. This is the reason why he remained out in two consecutive important matches.

2nd in the points table in IPL Phase One
In the first phase of IPL 14, Chennai Super Kings are in second place with 10 points winning 5 matches out of 7 matches.