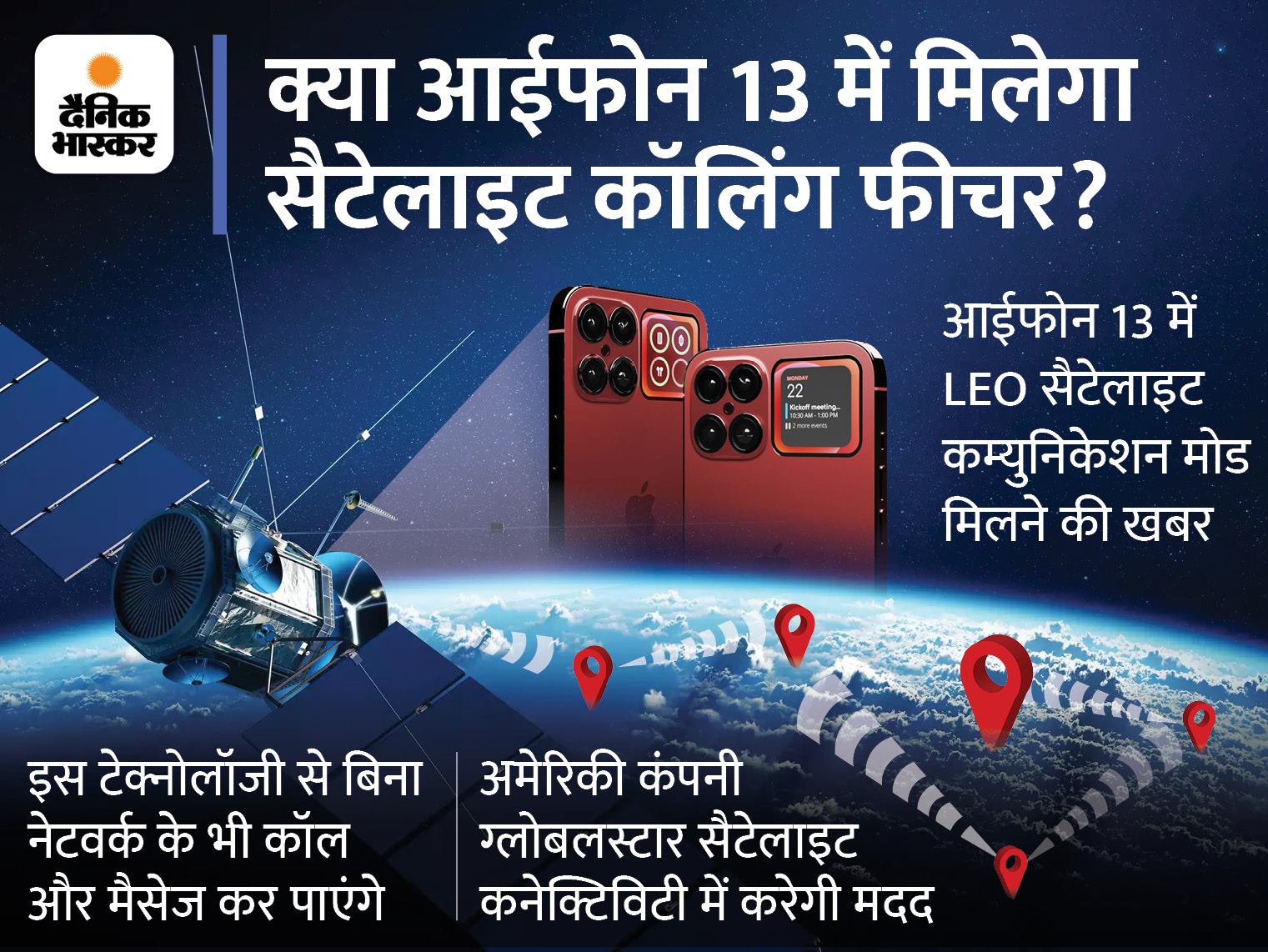 Tonight can write a new history in the smartphone industry. There are reports that satellite connectivity can be available in the iPhone 13 series, which will be launched at 10:30 tonight. That is, even without a network, you can talk on the phone. If this happens then it will be like a miracle for iPhone customers. Because the work related to his calling will continue.

Now the question arises that what will be found in the iPhone 13 that it will connect to the satellite? How will this work? What are the rules regarding using such phones in India? Know all these things…

First, know what will be found in the iPhone 13, so that this phone will be connected to satellite

According to Apple analyst Ming-Chi Kuo, the iPhone 13 model can get Low Earth Orbit (LEO) satellite communication mode. This is a technology with the help of which users will be able to make calls and messages without network. LEO satellites rely on satellites in lower orbits that are known to beam the Internet.

How will this work in iPhone 13?
According to the report of The Verge, Qualcomm’s customized X60 baseband chip can be used for satellite connectivity in the iPhone 13. This will allow iPhone 13 users to make phone calls and send messages. Even if they do not have any 4G or 5G telecom company network. According to Kuo, network operators will have to work with Globalstar, a US-based satellite communications company, to provide LEO connectivity to users. However, the analyst has not said anything about whether this iPhone will work on satellite in India as well.

Till now no other company has used this technology in its smartphone. Some reports say that many other brands are working on it, but will have to wait till 2022, as Qualcomm’s X65 baseband chip will be launched only then. In such a situation, Apple can become the first company to use it.