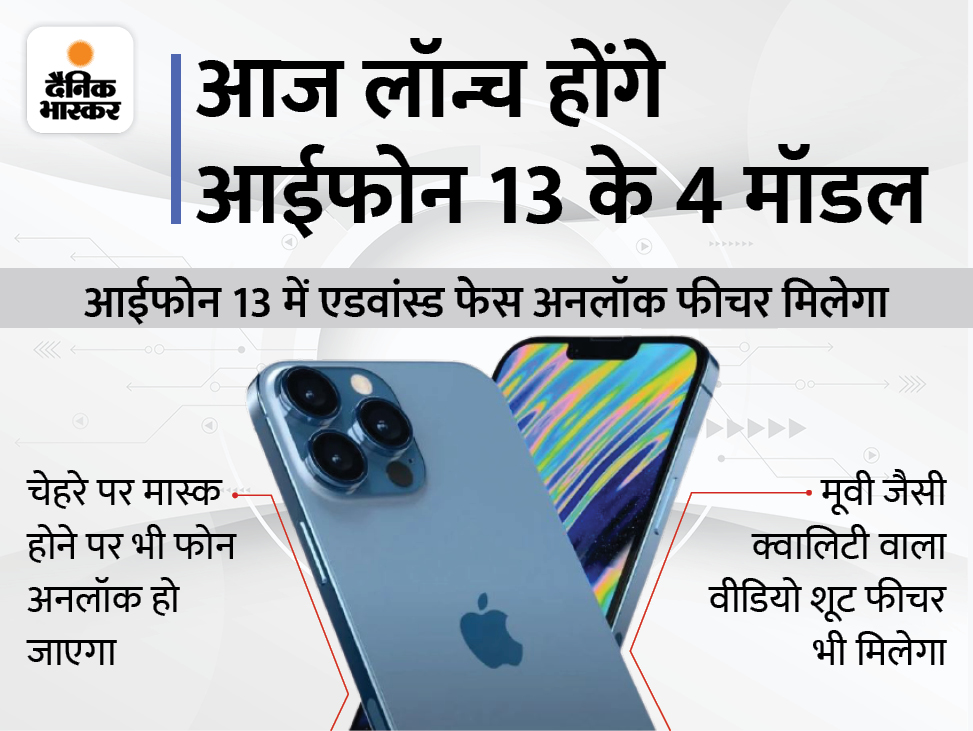 Apple will unveil its iPhone 13 series tonight. The company has named this virtual event as California Streaming. It is believed that along with the iPhone 13 series, Apple Watch Series 7 and AirPods 3 will also be launched at the event. According to the reports, the new iPhone will be equipped with many advanced features. Its Face Unlock feature will unlock the phone even if there is a mask on the face. At the same time, there are also reports of satellite calling and 1TB storage in the phone.

How will you be able to watch this event of Apple. How many models of iPhone 13 will be launched and what features will be available in them? Also, what will be special in Apple Watch Series 7 and AirPods 3. Know about all these…

Expected Specifications of Airpods 3
The third generation AirPods can also be launched at the Apple event. These can come with a design like AirPods Pro. A wireless charging case can also be found. The charging case is expected to house a 20% bigger battery.

Apple’s California streaming event will begin on September 14 at 10:30 PM IST. It will also be streamed on Apple’s event page and Apple’s official YouTube channel, and users can also set reminders in advance for notifications when the streaming is live.