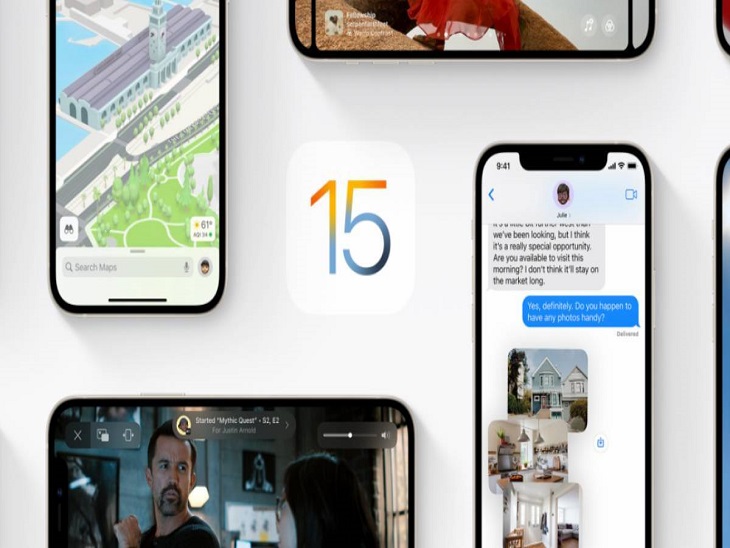 Apple recently launched the new entry level iPad, iPad mini, Apple Watch Series 7 along with the iPhone 13 series at a California streaming virtual event. Apple has made its new iPhone more advanced than the old model.

At the same time, the company was told at WWDC 2021 that it will launch updates for iOS 15 and iPad OS 15. With which Apple will be made available for download in India from 10:30 pm today, the iPhone will get many new features. It is being told that iOS 15 will be equipped with very great and attractive features, which will now make the iPhone smarter than before. At present, the iOS 15 public beta version will be available to the user only.

Updates will be available in the notification
Both the new versions of iOS 15 and iPadOS 15 can make changes to notifications. In this, FaceTime has been updated with many features. Apple has used better spectrum to avoid disturbance while talking to outside noise in FaceTime calls.

can share live
Apple has also given a new design to its web browser Safari. In this new design, you can easily use the controls of the phone. For both iOS 15 and iPadOS 15, some services will take a little longer to arrive. Apple says that Shareplay, FaceTime call, video and audio sharing service is expected to be available.

To download the new iOS 15 update on your device Settings>General>Software Update Go to After selecting this option, Automatic will be found on your Apple device. The iOS 15 manual can be downloaded on a Mac computer.

Back up your device to iCloud or to your computer before performing the update process. Also, check whether the device’s battery is charged or not. There should be high speed data speed for updating only seven.

WatchOS 8 Download Process
Along with the new iOS and iPadOS versions, Apple is rolling out watchOS 8 to Apple Watch users on the Apple Watch Series 3 and above, as noted on the company’s site. For this, users must have an iPhone 6s or later version with iOS 15.

The watchOS 8 update will bring features including the Portrait watch face, memory collection in mosaic grids, the ability to share photos via Messages and Mail, and an updated Home. The new version will include focus as well as mindfulness in the form of a redesigned Breathe app.