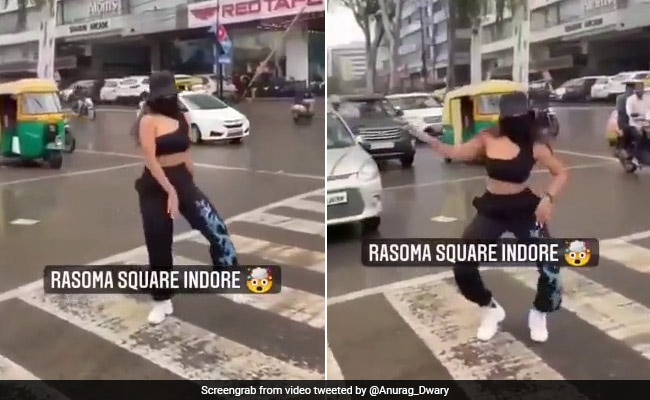 In the video, Shreya Kalra is seen dancing at the zebra crossing.

After the traffic signal turned red at a busy intersection in Indore, Madhya Pradesh, a young woman came running on the road and started dancing. Vehicles stopped on the road and a video of this dance was made. The girl did this stunt for Instagram video, but now the police has put her in trouble. The police has given him a notice for violating traffic rules.

This young woman named Shreya Kalra shared the video on her Instagram account three days ago. This video quickly went viral. In the video, Shreya Kalra, dressed in black, is seen running at the zebra crossing at the intersection and the cars slow down. After this she dances on ‘Woman by Doja Cat’. During this, people waiting at the traffic signal are seen happy on their dance.

The video was shot at Indore’s Rasoma Square. In the beginning of this video clip, this Instagrammer is seen in a public place without a mask. For this, many social media users criticized him.

Many people made critical comments on Instagram regarding this video, then Shreya Kalra has now updated its caption. According to him, through this he has urged his followers to follow the rules of traffic. She wrote – “Please don’t break the rules – the red sign means you have to stop at the signal, not because I’m dancing.” He has also urged his followers to wear masks.

This is not the first time that the stunts done to become famous on social media have put the artist in trouble. Recently, the Mumbai Police had registered a case against two people for performing motorcycle stunts.