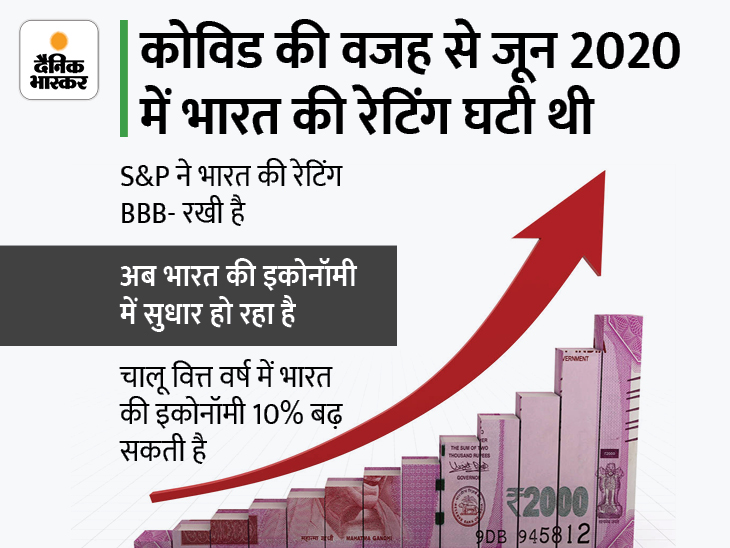 The Finance Ministry is trying to upgrade the rating of the country. It is reported that the ministry may talk to rating agency Moody’s Investor Services regarding this. Talks between the finance ministry and Moody’s are expected on September 28.

The matter will be based on the recovery of the country

Moody’s had last year expected a weak long-term performance due to Kovid-19. India’s credit profile was expected to weaken due to Covid. However, at that time Moody’s downgraded the ratings of 35 other countries as well. Last month, the international firm had said that economic activity in India is picking up. The economy is showing improvement with the easing of Kovid restrictions. With the opening of the world economy, the economy of the countries seems to be improving.

No change expected for two years

Despite this, Moody’s had said that there will be no change in India’s sovereign rating for the next two years. The rating agency believes that the second wave of Kovid can hinder the recovery of the economy. This can increase the risk in the long term. In August, Moody’s updated the Global Macro Outlook 2021-22. India’s growth is estimated to be 9.6% in the calendar year of 2021. In 2022 it may remain at 7%.

India’s economy fell by 7.3% in 2020-21. In this current financial year, however, the growth of the economy has been estimated at more than 10%. Moody’s and its other counterpart agencies have also been the target of many countries. The reason for this was that these agencies were more inclined towards some countries. Despite a good track record for emerging markets, rating agencies had a negative view of them.

Standard & Poor’s (S&P) changed India’s rating from stable to BBB-. While Fitch kept BBB- only. The Asian Development Bank has projected India’s economy to grow at 10% for this fiscal, as against the earlier estimate of 11%.