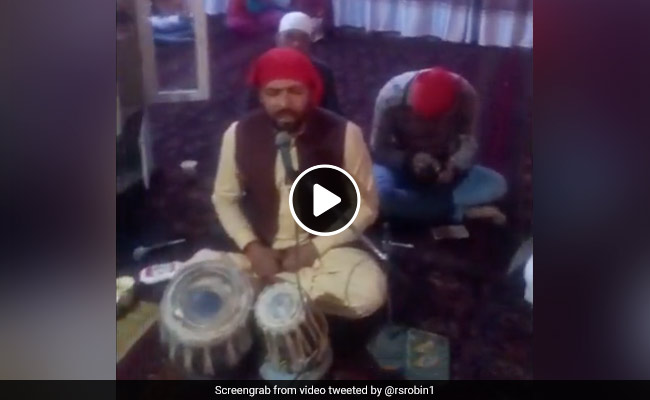 The world has seen how people in Afghanistan are living under the shadow of fear due to the fear of Taliban. Every day some video goes viral on social media. In these videos, it can be seen how Taliban atrocities on their people. People are so scared of their terror that they are compelled to leave the country. Despite all this, recently a video is going viral on social media. It can be seen in the video that the hymn is being heard in a temple in Kabul, Afghanistan. This video is going viral very fast on social media.

#flash–
The members of Hindu community in Afghanistan last night celebrated the ongoing Navratri festival at the ancient Asamai Mandir in #Kabul .
They appealed Govt of India for their early evacuation due to acute economic and social hardships being faced by them.
V @PSCINDIANpic.twitter.com/VyDnHO3zWT

It can be seen in the viral video that some people are worshiping in the temple. This video is being told of Kabul. During Navratri here, people of the Hindu community sang the hymn of ‘Hare Rama-Hare Krishna’ in a temple in Kabul. Now this video is being shared fiercely in the internet world.

This video has been shared by journalist Ravinder Singh Robin from his verified Twitter handle. Ravinder Singh Robin also wrote a caption with this video. In the caption, he wrote – On Monday night, the people of the Hindu community celebrated the festival of Navratri in the ancient Asmai temple of Kabul. According to Ravinder Singh Robin, Hindus in these Afghanistan have demanded from the Indian government that due to the increasing economic and social troubles, they should be removed from there as soon as possible. So that they can breathe in a safe place.