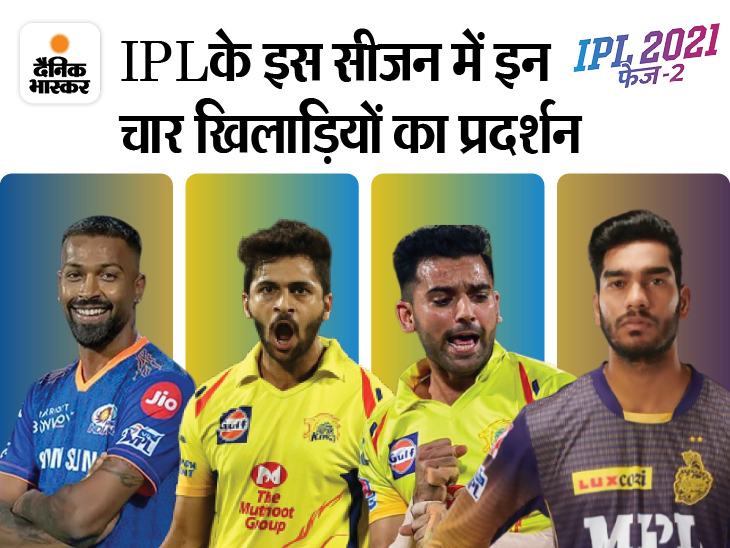 Doubts continue over Hardik Pandya’s retention in Team India in the T20 World Cup. The Board of Control for Cricket in India can take a decision on this today. According to media reports, today the board can announce changes in the team of T20 World. Players who perform well in IPL can get entry.

A big decision can also be taken on Hardik Pandya. Apart from Kolkata Knight Riders all-rounder Venkatesh Iyer, either Deepak Chahar or Shardul Thakur can be included in place of Pandya. Iyer, who made his debut in the second leg of IPL, has impressed with his game. Apart from being an opener, he is also a medium pacer. Along with scoring 265 runs in 8 matches played in the second leg of IPL, he has also taken three wickets.

Pandya’s performance disappointing
Pandya did not bowl in the second leg of the IPL. His performance in batting was very disappointing. He was in his touch in just one match, but after that flopped in the next three innings. He scored 75 runs in 5 matches of IPL second leg.

Avesh and Harshal Patel may also enter
Avesh Khan, Harshal Patel and Umran Malik can be included in the team as net bowlers. Patel equaled Dwayne Bravo’s record of taking 32 wickets in IPL while playing for Royal Challengers Bangalore. Avesh Khan, who played Ranji from Madhya Pradesh, is the second highest wicket-taker in IPL among Indian players with 23 wickets.

Umran Malik impressed everyone with his speed
There has already been news of adding Umran Malik of Jammu, who made his debut with Sunrisers Hyderabad, to the team as a net bowler. Malik bowled the ball at a speed of 152.95 kmph while playing against Royal Challengers Bangalore (RCB). Malik was included in the team after Sunrisers Hyderabad bowler T Natarajan got corona infected. Malik was associated with the team as a net bowler. After this he is also being compared with Waqar Younis.