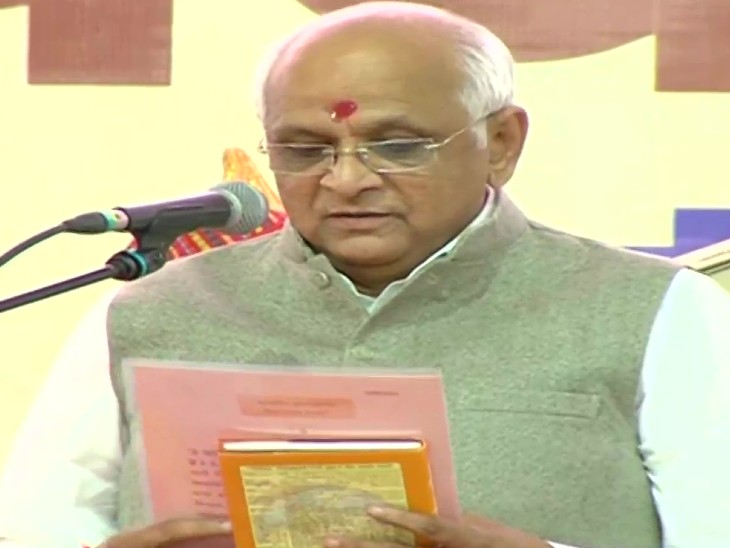 Bhupendra Yadav was sworn in as the Chief Minister of Gujarat on Monday.

The swearing-in of cabinet ministers can take place two days after the oath of the new chief minister in Gujarat. New Chief Minister Bhupendra Patel may also induct some senior ministers, but more attention will be given to new faces. Along with this, the number of women in the cabinet can also be increased. It is being told that out of the 11 cabinet ministers in the Vijay Rupani government, only Dilip Thakor, Ganpat Vasava and Jayesh Radadia are expected to be included in the new cabinet.

The BJP has instructed all the MLAs to be present at the Raj Bhavan in Gandhinagar, but no notification has been received from the protocol department regarding the swearing-in yet. Therefore, there is confusion.

Caste equations will also be taken into account
A senior BJP leader says that Bhupendra Patel is the new Chief Minister, so his team will also have new members. Earlier it was being said that there would be some senior ministers in his cabinet, but now it does not seem so. At the same time, the equations of caste and region will also be taken into account. Instead of keeping 22 or 25 members in the cabinet, the entire cabinet of 27 members is expected to be formed.

These MLAs can be made ministers