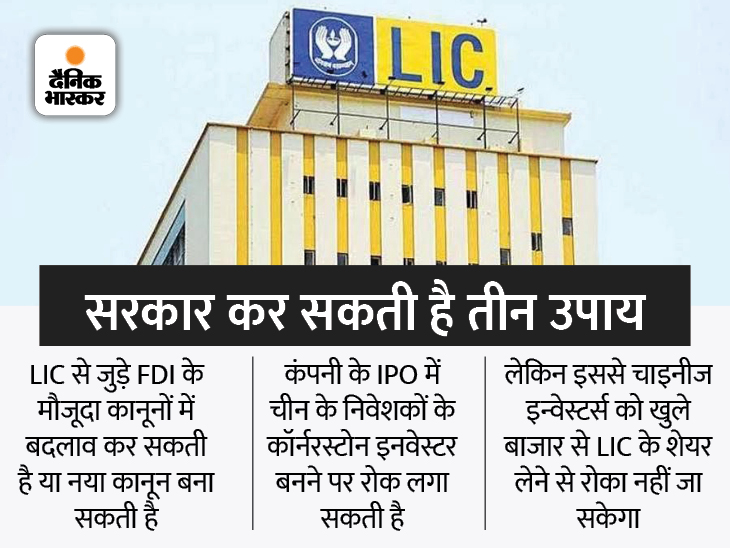 The government may ban the investment of Chinese investors in the IPO of the country’s largest life insurance company Life Insurance Corporation of India (LIC). Government and banking sources said that due to the ongoing border dispute between the two countries, the Indian government can take this step.

The company has more than 60% share in the insurance market

LIC has over 60% share in the domestic insurance market and is managing assets of over $500 billion. Sources said the government is considering allowing foreign investors to invest in the company’s IPO, but is feeling uneasy about Chinese investments.

Tensions between the two countries reached a peak after military clashes on the border last year. Since then, the Indian government has been trying to limit China’s investment in its sensitive sectors and companies. He had banned many mobile apps in China and increased surveillance on the goods imported from there.

China’s investment in LIC could be risky

A government source said, “The business situation cannot remain normal after the military conflict with China on the border.” The distrust has increased tremendously. He said that China’s investment in companies like LIC can be risky. Discussions are currently being held about how his investment can be stopped.

Government can raise 90,000 crores from IPO

The government can raise Rs 90,000 crore from LIC’s IPO in this financial year to manage the proposed expenditure in the budget. For this, the government can sell its 5 to 10% stake in the company. The stake will be sold in one go or in two installments, not decided at the moment.

According to the current rules, foreign investors cannot invest in LIC, but the government can allow them to buy up to 20% shares in its IPO. To prevent Chinese investment, the government can amend the existing laws of FDI related to LIC or make a new law.

Becoming a Cornerstone Investor Can Be Prevented

Banking sources and a government official said that the government is also considering a third method. Under this, it can prevent Chinese investors from becoming cornerstone investors in IPO. But this will not prevent them from buying shares of the company from the open market.